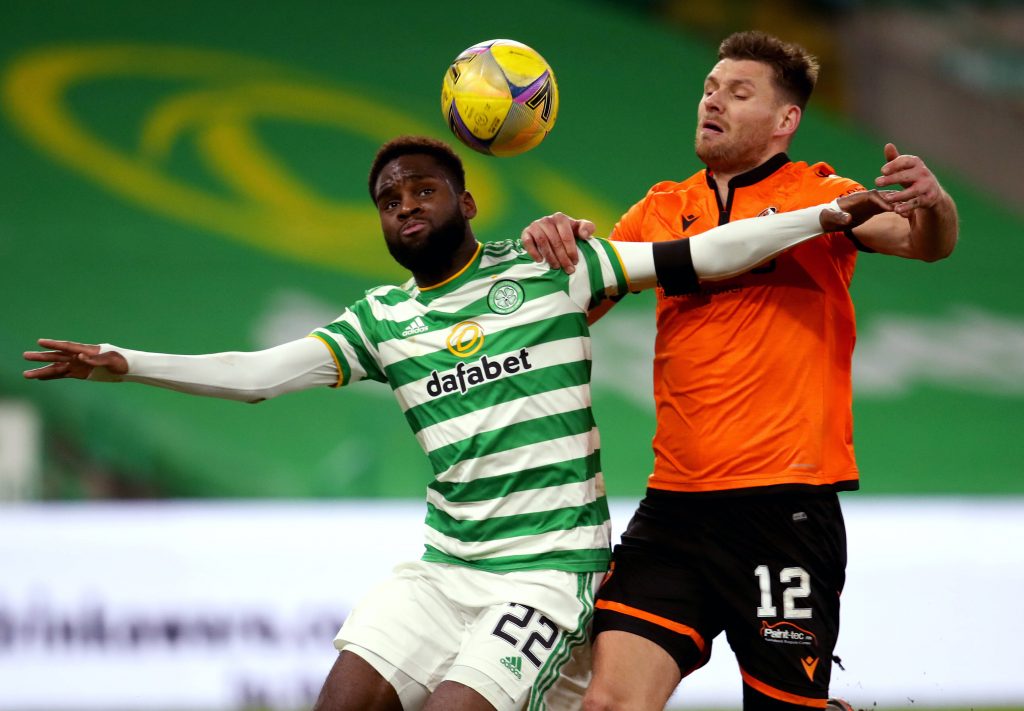 Edouard has had another good season with the Hoops, registering 20 goals and six assists from 35 appearances across all competitions.

His current deal expires in less than 14 months, and he has reportedly made it clear that he won’t be signing an extension with the club.

The Foxes and Hammers have been heavily linked with his services, but the former are said to have second thoughts over signing him this summer.

The Midlands outfit have recently seen Kelechi Iheanacho hit top form leading the line, which contributed to him signing a fresh long-term deal.

His glowing form has led the Foxes to reconsider a move for Edouard, who could be available for as little as £8 million this summer.

Foxes’ boss Brendan Rodgers previously managed Edouard at the Hoops for 18 months, which would boost the club’s chances of signing him.

However, Edouard may not be assured a starting berth with Iheanacho having established himself as the second striker behind Jamie Vardy.

The Nigerian has outclassed Vardy over the past few months. He has registered 11 goals alongside one assist since the start of February.

Meanwhile, the Hammers have just one senior striker in Michail Antonio in their ranks after they parted ways with Sebastien Haller in the last transfer window.

Antonio’s injury-plagued career leaves room for more than one striker to be purchased, particularly if the Hammers secure European football.

They failed with an approach for Sevilla’s Youssef En-Nesyri in January and are likely to come up with a fresh move for the Moroccan, who has bagged 21 goals this term.

Edouard may have a good scoring record, but there is a drastic difference in quality between the Scottish Premiership and the Premier League or La Liga.

En-Nesyri, who could cost £35 million, could be the first-choice target for them, with Edouard probably providing additional firepower.