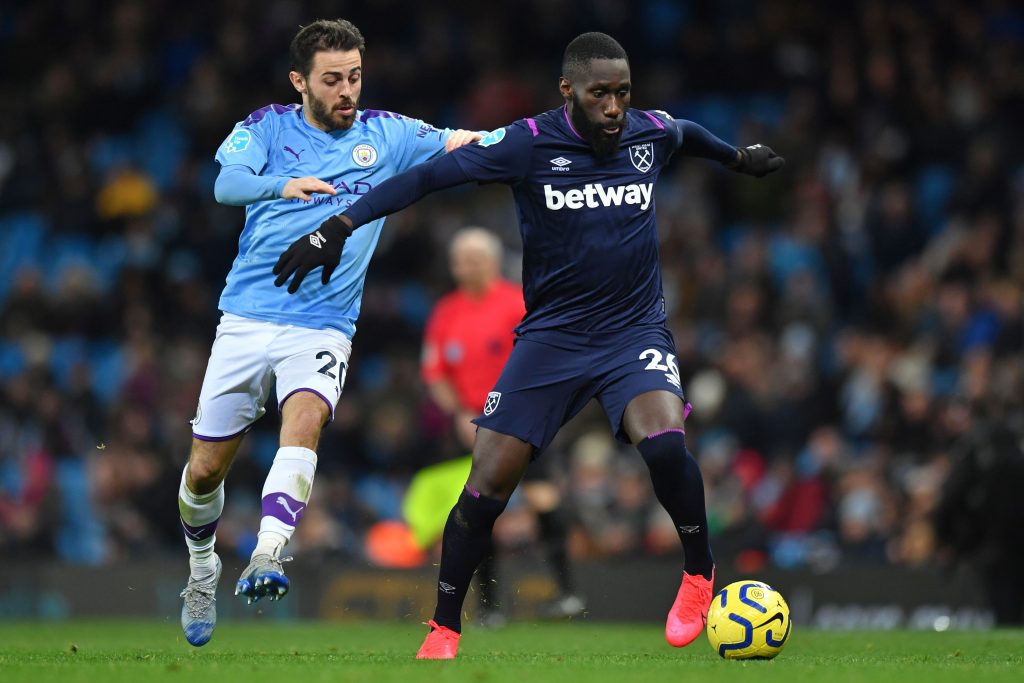 West Ham United suffered a 2-0 loss at the hands of Manchester City at the Etihad Stadium last night, with goals from Rodri and Kevin De Bruyne condemning the Hammers to their 14th Premier League loss of the campaign.

The hosts should have scored more, but they weren’t clinical enough in front of goal.

West Ham were worse, though, failing to register a shot on target.

They attempted just three shots all game and only saw 23% of the possession.

The Hammers are currently 18th in the table and they have just 12 games left to save themselves from relegating.

While manager David Moyes’ tactics against City were questionable, many West Ham players had a game to forget.

The left-back wasn’t only poor defensively, he also failed to make most of the few attacking runs he made, and a lot of West Ham fans tore into him on Twitter post-match.

Here is how some of them reacted:

Genuinely! I am better, probably by 4 or 5 times than @ArthurMasuaku he is absolutely terrible.

@ArthurMasuaku so infuriating – world rather have the mascot out there

Half these players should never pull on the West Ham shirt again.

I’m looking at you, @ArthurMasuaku

How Arthur Masuaku is a pro Footballer I’ll never know.

Arthur Masuaku is a professional footballer

The 26-year-old has played 15 Premier League games this term and has just an assist to his name.

West Ham travel to Liverpool next before games against Southampton, Arsenal, Wolves, Tottenham Hotspur and Chelsea, and Masuaku and others have to step up their games to have a chance of picking up much-needed points.