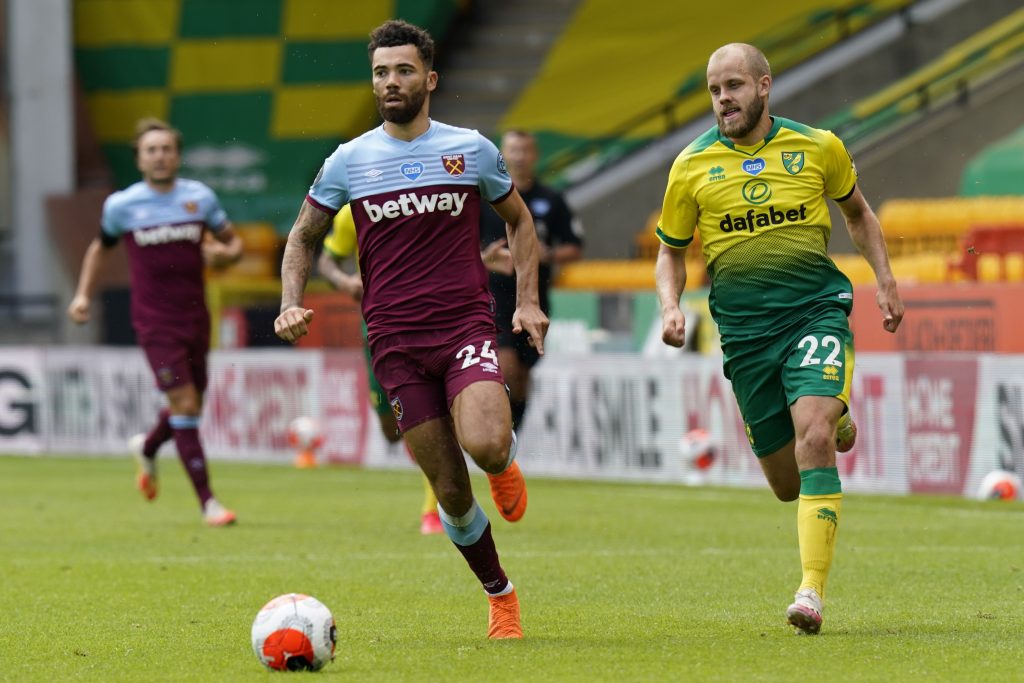 West Ham United strolled to a comfortable 4-0 victory against Norwich City yesterday thanks to Michail Antonio.

The forward scored all of the Hammers’ four goals and it was one of their best performances of the campaign.

It was also Antonio’s best performance in front of goal for West Ham, with the 30-year-old grabbing his first professional hat-trick.

Putting in the same attitude and shift in their remaining games against Watford, Manchester United and Aston Villa will guarantee safety, but not all the players were impressive yesterday.

Right-back Ryan Fredericks was particularly underwhelming in the first-half, with his passing in the final third very poor.

While he bagged an assist for Antonio’s fourth, he was still some way off his best, and West Ham fans have had enough of him.

Here is how some of them on Twitter reacted to his performance at Carrow Road:

Ryan Fredericks is a travesty

Ryan Fredericks is one of the poorest footballers I’ve ever witnessed. #WHUFC

I really hope after this season we can finally see @RyanFredericks_ and @Aaron_Cresswell leave the club.

The 27-year-old has featured in 26 league games this term, grabbing three assists, but the fact that he was behind Jeremy Ngakia prior to the youngster’s exit speaks volumes.