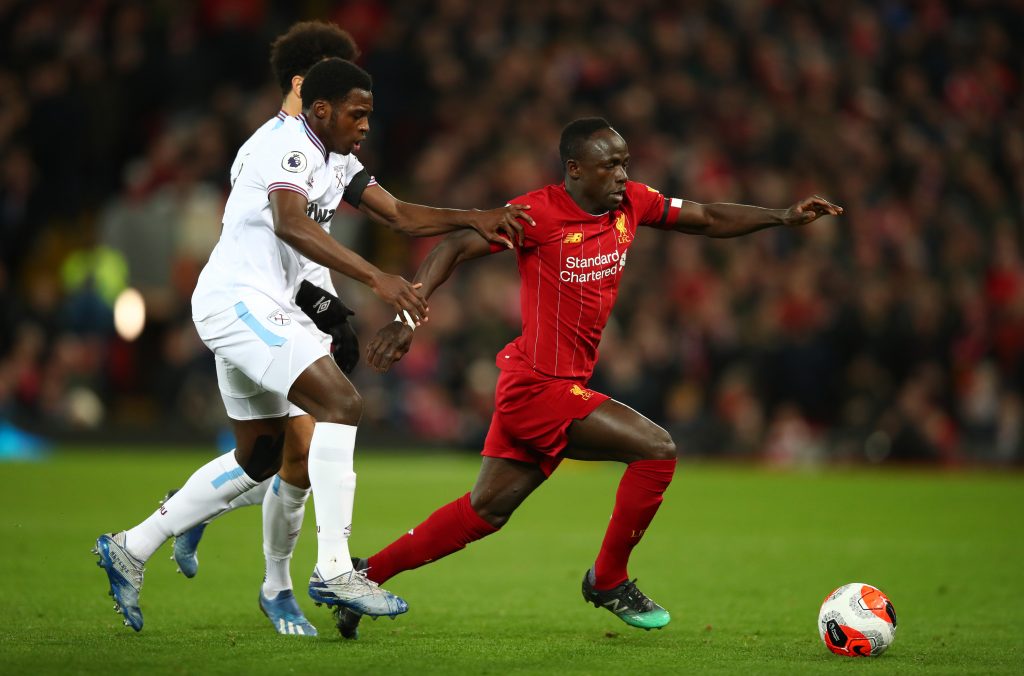 According to The Guardian, West Ham United right-back Jeremy Ngakia will not sign a contract extension to see out the Premier League season at the London Stadium.

The 19-year-old’s scholarship deal ends at the end of this month, and the Hammers were looking to extend it till the end of the season with action resuming on June 17 following almost three months of break.

From the look of things, Ngakia is set to walk away on June 30 as he doesn’t want the short-term extension.

West Ham had earlier offered the academy graduate a new multi-year deal last month worth £5,000-a-week, but he turned it down and could have played his last game for the club.

Ngakia has only played four games for the Hammers after injuries forced manager David Moyes to hand him a spot in the starting XI against Liverpool in January, but those performances have attracted other clubs who are now monitoring his contract situation and ready to pounce.

They host Chelsea on July 1, and Ngakia isn’t expected to be in contention for Moyes’ matchday squad by then.

The teenager’s decision has got loads of West Ham fans fuming, and here is how some of them reacted to the reports on Twitter:

Ask him how Reece Oxford is getting on ….

If he doesnt want it get rid of him

Hahaha get rid then

Real shame , lad had an incredible opportunity at westham, maybe he doesn’t fancy challenging Fredricks and potentially Matty cash next season . Who knows . Either way it’s a sad move for all

A Shame bright future ahead of him, until the truth comes out why he hasn’t signed a new contract. Can’t really comment. Has he been tapped up or does he think he’s worth more salary? He was starting to get a run out in first team will he get that elsewhere ?

Good, get rid of asap. Also, this is not one that can be blamed on owners (They agreed to Oxford's demands didn't they?) as we have a history of letting youth players with potential go, I stress the term "Potential" as with his age and limited games, that's all he's shown!

Ngakia joined the Hammers aged 14, signing a scholarship deal in the summer of the 2016-17 season and becoming an under-23s player the following season.

West Ham were told to move quickly and tie Ngakia down to a long-term contract towards the end of last year after it emerged that he could look to move on unless he was offered a professional deal, but they were willing to wait till he made his first-team debut, and that decision appears to have proven costly.