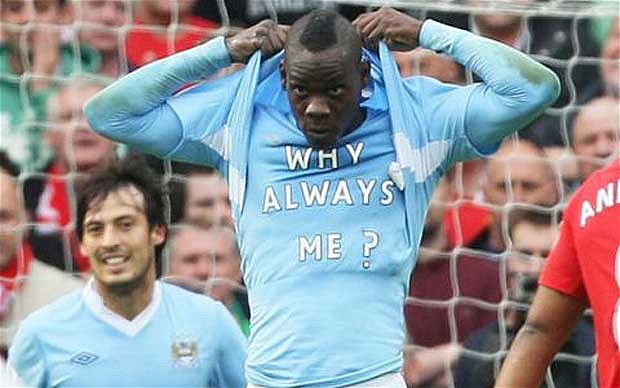 According to The Telegraph, West Ham United have been offered the chance to sign free agent Mario Balotelli after his contract with Marseille expired, but manager Manuel Pellegrini has yet to show any interest.

The Hammers have been dealt a huge blow in their pursuit of Celta Vigo’s Maxi Gomez, with the Uruguayan now edging closer to sealing a move to Valencia instead.

Marco Arnautovic has left for China, and West Ham really need to land a quality striker to lead the line with a month left in the summer transfer window.

Balotelli brings a lot of quality to the table, but he is trouble, and Pellegrini could decide against moving for him after getting relieved that one troublemaker just left.

West Ham fans will definitely be divided in their opinions on having the Italy international move to the London Stadium, and here is how some of them reacted to the reports on Twitter:

We love chaos at our club
And you know what I wouldn't have it any other way!
Get the lad signed

He is TROUBLE. No good for West Ham. Will only cause trouble. We have enough Merceneries at the club!!

Get him on a 1 year deal with a club option for an extra year. If it doesnt work out let hin go next summer. Byt why not take a punt on someone who guarantees goals?

I literally want this guy in a West Ham shirt

With 146 career goals to his name representing the likes of Inter Milan, Manchester City, AC Milan, Liverpool and Nice, there is no denying that the 28-year-old can help fire the Hammers to Europe.

But will the board and manager be willing to take the huge risk that comes with having Balotelli in a team?