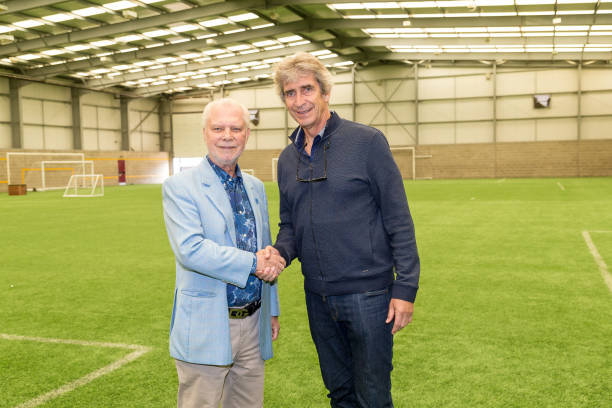 West Ham United kicked off their Premier League campaign on an unimpressive note, suffering a 5-0 defeat at the hands of Manchester City at the London Stadium on Saturday.

Manuel Pellegrini’s men started the game on the front foot, threatening the visiting in the opening 10 minutes.

However, they couldn’t get anything out of it, and they found themselves heading into the break a goal down.

In the end, the gulf in quality between both sides made all the difference, and Pellegrini will only hope his side can quickly bounce back from the disappointment.

West Ham United co-owner David Gold has reacted to the Man. City loss, and he was honest in his views:

Disappointing result but we must remain positive and go again against Brighton with belief. dg https://t.co/ADhoAzmZr0

West Ham play Brighton and Hove Albion next before games against Watford, Norwich and Aston Villa, and they need to get the needed results with Manchester United next.

The Hammers have two quality players for every position and the squad depth needed to challenge for a top-seven finish.

While the City result didn’t do justice to their summer transfer activities, West Ham will definitely pick themselves up going forward as the new arrivals settle in, and the quicker they do, the better for their campaign.