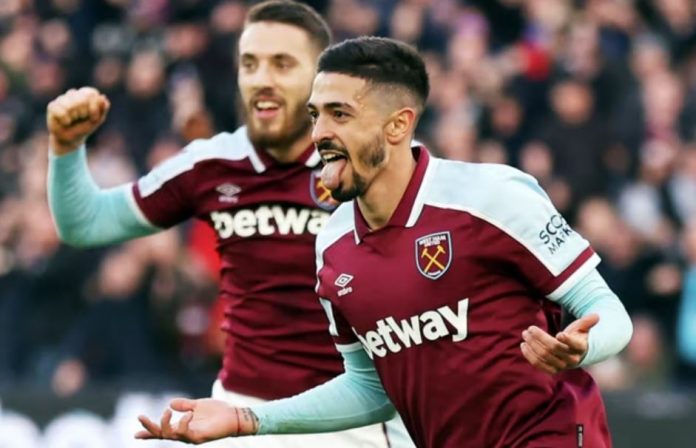 West Ham United will return to the Premier League on Sunday when they face Brentford at the Brentford Community Stadium, following a 1-1 draw with Lyon earlier this week.

Following a midweek match against Lyon, David Moyes faces a big selection conundrum heading into this match. While the West Ham manager would prefer to make substitutions, he cannot afford to rely on his lesser-used players, even if some of them may be forced to play some part in this game.

Nikola Vlasic, who will be trying to take over the left-wing job from Pablo Fornals, could be one of them. As a result, Said Benrahma might step in for the injured Manuel Lanzini at ten, while Jarrod Bowen is certain to start on the other side. Michail Antonio, as is customary for West Ham, should lead the attack.

Declan Rice and Tomas Soucek are unstoppable in midfield. However, after playing 90 minutes on Thursday, their fitness may be put to the test against Brentford. Should either Alex Kral or Mark Noble struggle this weekend, Moyes may call on the talents of the other.

In terms of the defense, Aaron Cresswell’s red card against Lyon generated quite a commotion in the West Ham dressing room. However, because his suspension only pertains to European competitions, the left-back is available for this match.