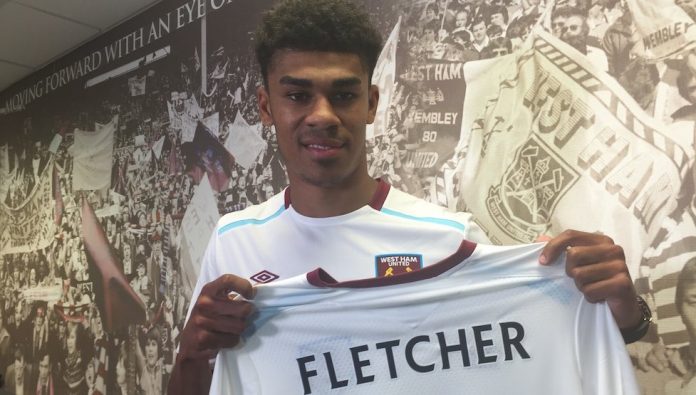 West Ham United are showing real ambition in the transfer market. The Hammers have already signed Havard Nordtveit, Sofiane Feghouli and Gokhan Tore and they’ve been linked with some of the top players around the world.

For instance, West Ham had lodged a formal bid for Michy Batshuayi before the Belgian joined Chelsea last month. The Hammers have reportedly made an enquiry about signing Arsenal’s big-money target Alexander Lacazette while reports from Italy claim they’re even ready to pay €70m for Napoli striker Gonzalo Higuain.

It is clear that signing a striker is a top priority for the Hammers. On Tuesday, West Ham have confirmed the signing of 20-year-old striker Ashley Fletcher from Manchester United.

Fletcher’s contract at Old Trafford expired at the end of last season. He has penned a four-year deal with the Hammers and becomes their fourth major signing of the summer.

The youngster spent the second half of last season on loan with League One side Barnsley, where he scored the first goal in the playoff final against Millwall to help the Reds back into the Championship.

He told West Ham’s official website: “I am very excited to be here. West Ham are a massive club and I am just happy that I can come and further my development here at West Ham.

“I think it is a Club with a lot of ambition. They have a lot of good players and it was a special final season. They managed to finish the campaign very well.”

Fletcher had a productive season at Barnsley where he scored nine goals and further assisted in four in his 27 outings for the Yorkshire club.

He scored on his debut for England U20s against France in November and played alongside Man United striker Marcus Rashford against Canada in March.