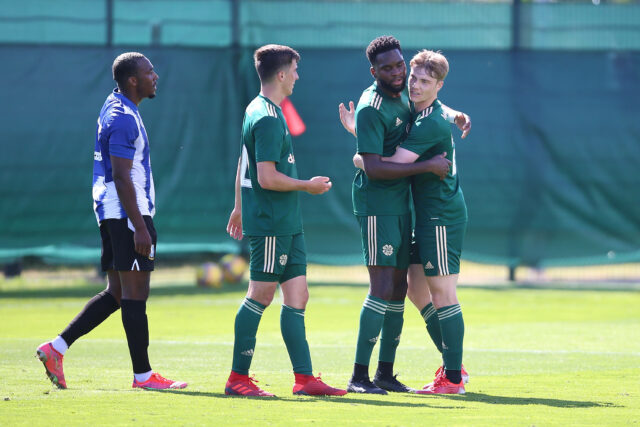 It is an open secret that West Ham United need to sign a striker this summer.

They sold Sebastien Haller to Ajax during the January transfer window and didn’t sign a suitable replacement.

Jesse Lingard was signed from Manchester United on loan, and he proved to be a masterstroke signing for the Hammers.

West Ham want to sign him permanently, but it seems the player now features in Ole Gunnar Solskjaer’s first-team plans.

The Hammers have been linked with a plethora of strikers in the past couple of months including Boulaye Dia, Giovanni Simeone and Paul Onuachu.

It is clear where the priorities lie for David Moyes. With that in mind, the Hammers should move for Celtic’s Odsonne Edouard this summer.

Edouard has a contract at Parkhead until 2022, and he is unlikely to pen a new deal.

Celtic are looking to offload him this summer, with several Premier League clubs vying for his signature.

Leicester City attempted to sign him, but they failed to land the French striker who was one of the key performers for Celtic last season.

Brighton & Hove Albion are interested, and West Ham should also join the race. He would cost over £18 million, but the Hammers are capable of spending that amount.

The 23-year-old has grown into a top-quality striker, but it is his versatility that should interest Moyes.

Edouard would be interested in joining a club that can offer him European football next season.

He will have a resale value if the transfer doesn’t work out and is definitely a punt worth taking.