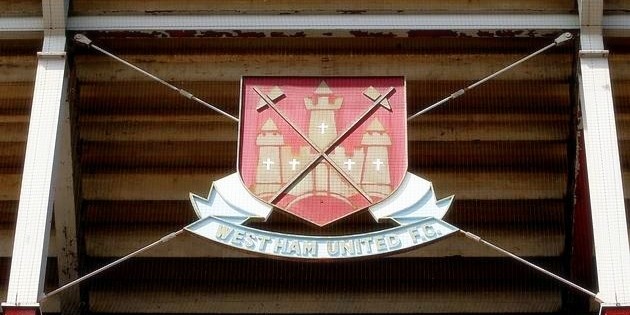 West Ham have acted quickly to issues lifetime bans to fans involved in anti-Semitic chanting during the Premier League match against Tottenham over the weekend.

The Hammers wasted no time in apologising for their fans after the match and stating that they would deal with the matter swiftly. The lifetime bans they are issuing to those involved should be replicated all over Europe and the world.

The club deserves praise because incidents of a similar nature happen all over Eastern Europe on a regular basis which are dealt with using a much softer hand. The news comes just days after Tottenham Hotspur fans were critically injured in the middle of Rome before the Europa League tie against Lazio.

“We have a clear stance towards any kind of discriminatory behaviour – it will not be tolerated – at the same time we must remember that West Ham United has some of the best fans in the land and we must not let the tens of thousands of supporters that follow our club over land and sea in exactly the right way be overlooked said.”

The difference being that UEFA have not dealt with Lazio in such a firm and decisive way. Earlier in the season Lazio were fined £32,500 when their fans were found guilty of anti-Semitic chanting at White Hart Lane.

The stabbings along with further chanting during the reverse match in Italy suggests that financial penalties have no effect. West Ham need to be followed here and ban guilty fans from attending football matches.

The problem is that the culture of football fans across other parts of Europe is totally different. The recent scenes from the Serbia v England Under-21 match are the perfect example.

The Serbian FA effectively ignored the calls from the English FA to hold certain players and officials to account because anti-Semitism and racial abuse is the norm in Serbian football matches and Eastern Europe in general.

Take the example of Karpaty Lviv fans waving around a Nazi flag in a Ukrainian league match before the start of the last European Championships. Had that happened in any football ground across the UK, the guilty parties would be banned from ever going to another live match, fined and maybe even locked up.

Croatian fans were involved in a similar incident before a win over World Cup champions Italy in 2006 when they formed a human swastika yet in June 2012 they were fined a mere £60,000 when fans were found guilty of racially abusing Italy striker Mario Balotelli.

The only way to deal with these sections of supporters is to ban them from matches completely on both a domestic and national scale. Football hooliganism has escalated to the point that the police or subsequent authorities need help in confining the problem and this is one such way.

It’s important to note that racism and racial abuse in football has escalated to a point way beyond simple hate and banter in the middle of games. Reports have started to emerge suggesting that Roma fans were actually behind the attack on Spurs fans last week as they wanted Lazio to receive negative press and oppression from the police.

Banning fans from games means they are far easier to contain outside of football and football clubs to make more of an effort to follow the example set by West Ham because the governing bodies in the game clearly aren’t.

Paris Saint-Germain completely side-stepped the issue by banning any Dinamo Zagreb fans from even being present in Paris before the recent Champions League meeting between the clubs. No fines, no injuries, no scuffles, no problem.

Football clubs are run as businesses in the modern game due to the inflated finances which are now involved. One of the sole reasons many football clubs will not exclude fans is because of this very fact.

It’s clear that in England West Ham, and hopefully many other sides, would ban thousands of fans from games for racial abuse but in Italy and other parts of Europe this doesn’t seem to be the way that clubs are thinking.

This is an issue that needs common sense and clarity across Europe from the very top right down to the very bottom. Fines will not solve the problem, they will simply prolong it.