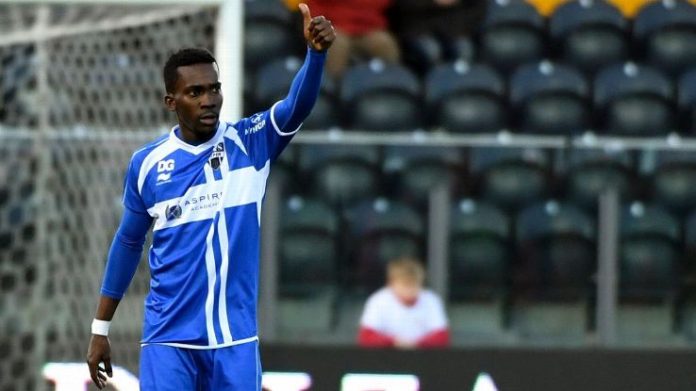 West Ham United are leading the chase to sign in-demand AS Eupen striker Henry Onyekuru this summer and will meet with the attacker next Monday, according to Sky Sports.

The Hammers are in the market for a new centre forward after loan additions Simone Zaza and Jonathan Calleri spectacularly failed at the London Stadium last season.

With Andy Carroll and Diafra Sakho struggling for fitness throughout the campaign, Slaven Bilic was left short of options in the final third as West Ham endured an underwhelming 2016-17.

Onyekuru is certainly a man in demand, with the report suggesting that Arsenal and Swansea City are also keen on the 20-year-old Nigerian also.

However, West Ham are at the front of the pack to sign the striker, who netted 12 league goals last season.

It is believed that English clubs can activate Onyekuru’s release clause by bidding £7.85 million, while the players is requesting £35,000 per week in wages.

For the African attacker, West Ham would certainly look like an appealing option where he could fight for a regular first-team place in the Premier League.

While the allure of playing for a club of Arsenal’s stature is clear, Onyekuru would have international strikers such as Alexis Sanchez and Olivier Giroud to compete with and could struggle for action at the Emirates Stadium.

The Gunners have missed out on Champions League football for the first time in Arsene Wenger’s tenure and are expected to revamp their squad this summer.

Lucas Perez is being tipped with a potential Arsenal exit, which could mean that the North London side bring in another centre forward.

However, Onyekuru would be aware that he could possibly be third-choice with Wenger’s men, with more likelihood of regular action at West Ham.

The report stipulates that the Nigerian forward will fly to England with his agent on Monday and meet with interested clubs before making a decision over where his future lies.