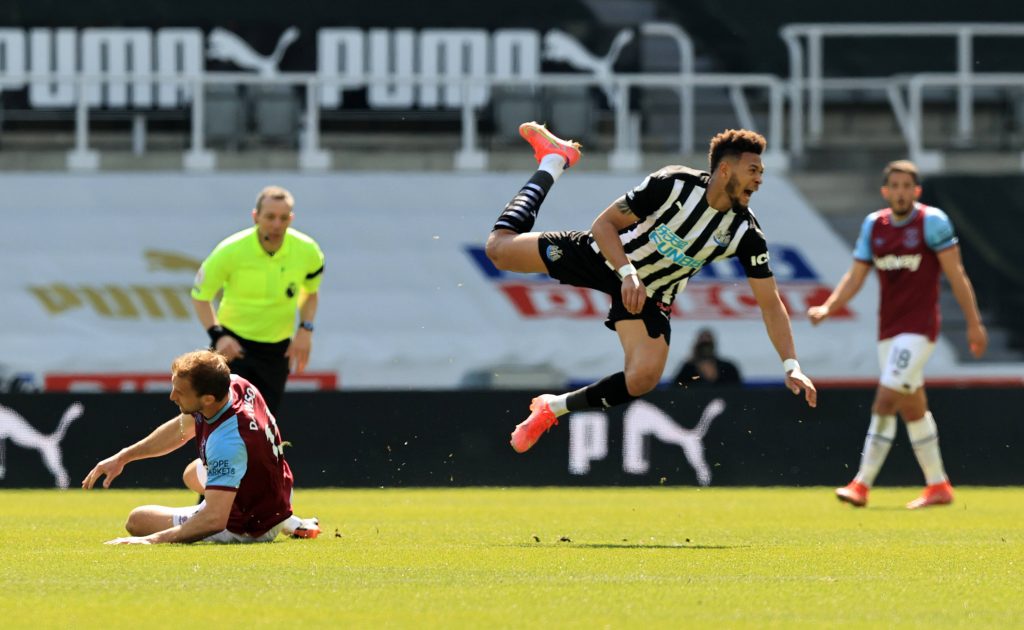 West Ham United were beaten 3-2 by Newcastle United in the Premier League yesterday, and they will be disappointed with how they lost the game.

Unnecessary defensive errors cost them vital three points, and the defeat could be damaging to their top-four aspirations.

West Ham were down to ten men after just 36 minutes following a couple of mistimed challenges from Craig Dawson.

The experienced centre-back was sent off, leaving the Hammers to struggle to contain the Magpies thereafter.

Dawson has been in poor form over the last five matches, scoring two own goals in that period on top of yesterday’s dismissal.

The sending-off infuriated Hammers fans, and David Moyes may keep him out of the starting line-up once his suspension is over.

Angelo Ogbonna has returned from injury, and the Hammers can afford to drop Dawson to the bench for the remaining matches.

The 30-year-old has a reputation of being error-prone from his time at Watford, but he put in several assured displays at the back for the Hammers since joining them on loan.

However, Dawson’s form has dipped over the past few weeks, and it will be interesting to see if he can recover from the slump.

Some West Ham fans took to Twitter to share their thoughts on his display. Here is what they had to say.

That for me is Dawson out of the team until he earns his place back now. He's been shocking since the Leeds game.

With Ogbonna now back along with Cress next week, I'd like to see them in a back three with Issa Diop as I think he's been brilliant.