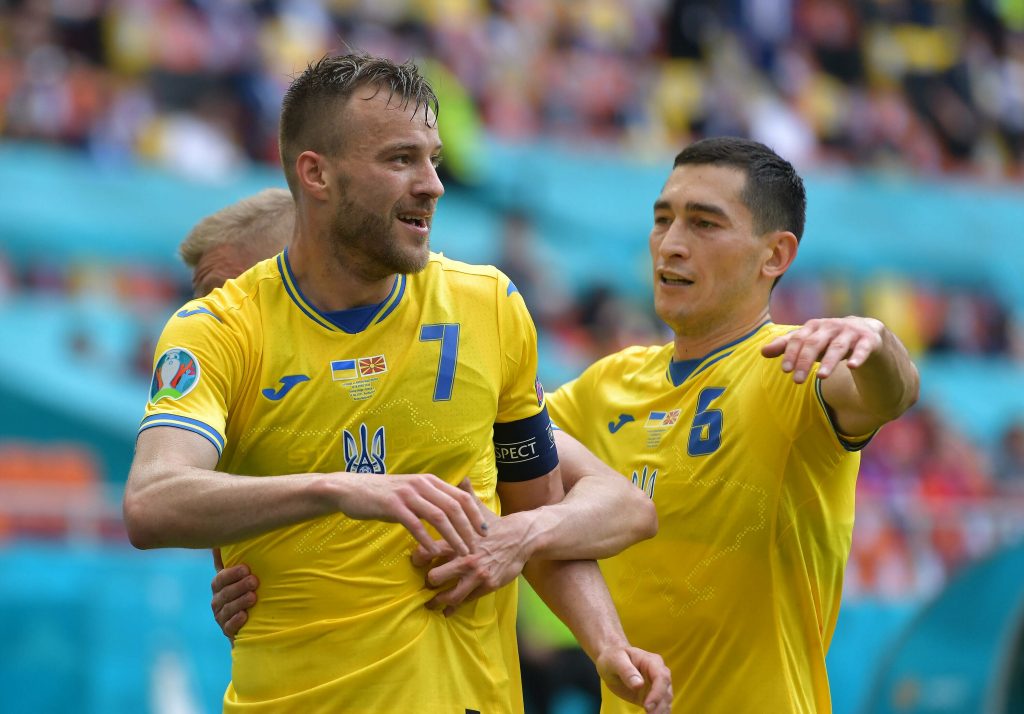 A selection of West Ham United fans reacted to Andriy Yarmolenko’s performance during Ukraine’s 2-1 win over North Macedonia at Euro 2020 on Thursday.

The 31-year-old had a difficult 2020/21 campaign with the Hammers, ending up with just 362 minutes of Premier League action across 15 appearances.

However, he has looked a completely different player with his return to international duty, registering two goals and one assist in his last two matches.

Yarmolenko came up with a stunner against the Netherlands last week, but the game ended in disappointment as the Dutch secured a 3-2 triumph.

He carried over the form to the North Macedonia game, registering a goal and an assist in a rampant first-half display for Andriy Shevchenko’s side.

Yarmolenko has had an excellent record with his national team, having bagged a stunning tally of 42 goals and 22 assists from 96 caps.

However, he has not been able to replicate that form at club level with the Hammers. Some fans produced a mixed reaction after his recent display.

If Yarmolenko plays like he does for Ukraine at West Ham we need to keep him for depth for next season, looks a different player for country

West Ham fans watching Yarmolenko for Ukraine after saying we need to sell him all season: #EURO2020 pic.twitter.com/9SywLBZ3TD

Who’s this Yarmolenko fella? West Ham need to sign him

Why can’t Yarmolenko do this for West Ham?!

Yarmolenko has been with the Hammers for the past three seasons. He has registered just seven goals and three assists from 47 league appearances.

The Ukrainian has missed more than nearly 60 games across all competitions due to injuries that has dropped him down the pecking order.

He has another 12 months left on his Hammers deal, and the club could be leaning towards selling him with his vulnerable injury record.

His performances at the Euros could boost their prospects of commanding a higher transfer fee for the former Borussia Dortmund man.