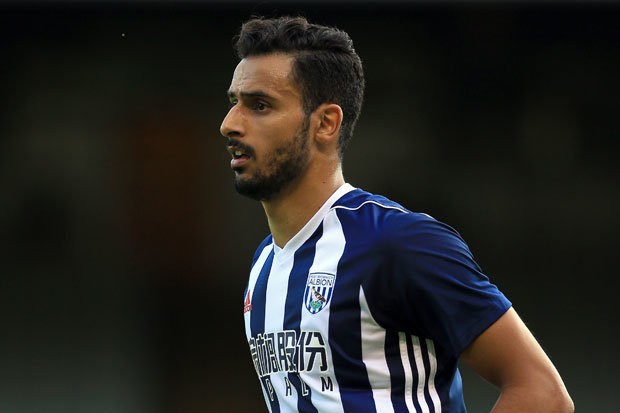 According to reports from The Telegraph, Belgium winger Nacer Chadli is keen to leave West Bromwich Albion before Friday’s deadline.

The 29-year-old joined the Baggies in 2016 for a club record transfer of £18 million, but he has failed to justify his price tag.

He informed the club in July that he wanted to leave. The report claims that he is growing increasingly frustrated with the prospect of staying at the Hawthorns.

Chadli, who shone for Belgium during the 2018 World Cup in Russia, doesn’t want to remain in the Championship. He is keen to quit Albion after the Baggies were relegated to the Championship and has 48 hours left until Friday’s European loan deadline to find an escape route.

The Telegraph claims that the former Tottenham winger’s wages have been cut down to around £40,000 a week after relegation. Chadli is yet to make an appearance under Darren Moore this season.

Albion will consider selling him permanently. However, they are reluctant to agree to a loan deal, even if it comes with a guaranteed option to buy.

Majority of West Brom fans want the club to sell him. Here are some of the best reactions on Twitter:

Should’ve considered that when he was too ‘injured’ to play for us last season, and now. Hope we loan with a clause to sell on 1st January.

We can give you Robson kanu as well haha

I didn’t know he was still @wba @mattwilson_star #mercenary #sicknote

I’ve wanted him to leave for 18 months

There are still several places he could go, on an immediate sale deal.

Jenkins will, of course, ensure that he goes in the 24th hour, if he goes, so that no replacement is available, in the time left

He didn’t want to play for us last season, so didn’t expect him to want to this season.

Guy’s an absolute joke, always injured and when fit doesn’t want to play since he thinks he’s good good for the club.