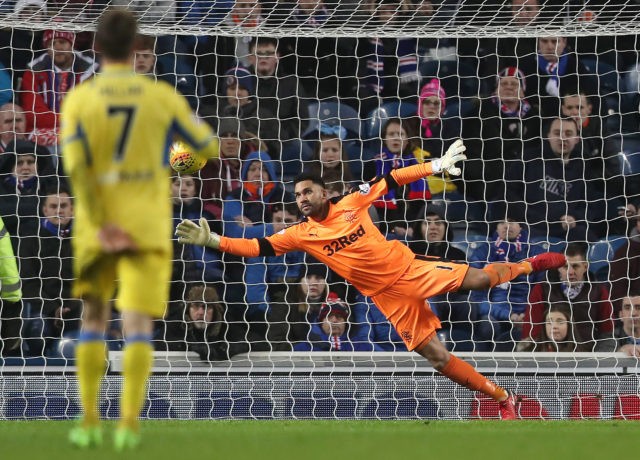 Foderingham made 130 appearances in his first three seasons at Ibrox but he managed only 13 in two campaigns under Steven Gerrard.

The 29-year-old is now a free agent after his contract at Ibrox has expired.

However, Foderingham has revealed that he was shocked by the conversation he had with the Rangers boss Steven Gerrard.

The former Swindon goalkeeper has revealed that Gerrard told him that he ‘wasn’t his type of person’. The Gers boss questioned his willingness to fight for places in the team.

Foderingham said, as quoted by Sky Sports: “I knew by bringing him (Gerrard) in as manager and some of the players we were linked with, we were going up another level, and the onus was then on me to raise my game and say: ‘It doesn’t matter who you bring in, I am going to show him I should play’.

“When McGregor came in, it was always the club’s intention to sell me that summer. I was never told that but that’s what happened, I got a call from my agent.

“I found it strange. I had a meeting with the manager and he said I wasn’t his type of person, which I found quite strange.”

As a result, he was not given enough opportunities. He tried to move elsewhere last summer but no club was willing to pay the amount Rangers were demanding at that point. He was priced out in the market.

It remains to be seen where Foderingham ends up in the summer. He is a solid and experienced goalkeeper, and many clubs would be willing to take a punt on him, given he would join on a free transfer.

Foderingham did well in the absence of McGregor but it seems he never managed to create a good impression before Gerrard.