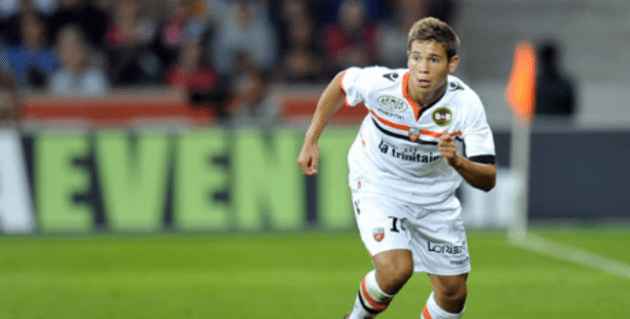 Offensive  wingbacks in modern football are a rare commodity. Maybe the notion is not better known by any other club rather than Arsenal. Arsene Wenger had earlier allowed Bacary Sagna to leave the club and had signed Mathieu Debuchy from Newcastle United. In hindsight it looked a master stroke, Sagna was well past his prime and was slowing down Arsenal’s build up play. Debuchy is technically a better right back and his attacking prowess was well on display at Newcastle last season.

However, Debuchy has now suffered double injuries this season which has ruined his great start in an Arsenal shirt. Debuchy underwent a shoulder surgery after suffering a dislocated shoulder against Stoke City last Sunday and the Frenchman will miss out on the action for three months. The right back has now had to endear two surgeries this season. In fact he had regained full fitness and played 7 games and is now out again for a significant time.

Mathieu Debuchy has won more aerial duels per game this season (4.4) than any other right-back in the Premier League. pic.twitter.com/1kGLHMclbY

In 10 league appearances this season, Debuchy has played in just one Arsenal loss, conceding just 13 goals. They hardly have a replacement in the right back slot with Carl Jenkinson on loan till the end of the season at West Ham. This would effectively mean Calum Chambers Hector Bellerin filling up the role. Chambers was sick for the Stoke game but is expected to be back soon.

Thus according to reports from the trusted and reliable TMW website (citing French outlet Le 10 Sport), Arsene Wenger is looking to plot a move for Lorient right back Raphael Guerreiro. The Portuguese youngster is an offensive left wingback who has been in stunning for this season. Apart from his defensive abilities, Guerreiro has scored 4 goals in 20 appearances and had numerous excellent performances for Lorient this term.

The Reputed Gianluca Di Marzio website had also reported a couple of days back that AC Milan have are interested in the player and are considering a move for the youngster.

M.Giunta, #Sky: “Milan likes extremely Raphael Guerreiro! In fact, he’s like the same as Siqueira, for whom Atletico spent €10m in summer.”

In fact Guerreiro is likened with Guilherme Siqueira whom Atletico Madrid had signed in the summer. Speaking to French site Foot Mercato last month, Guerrreiro had admitted that he is flattered with the interest shown by big clubs but might not be interested to move immediately, ” It’s always nice to see things like that. After when one is focused on his club, we do not do too much attention.”

“It’s always nice to hear that stuff. It’s interesting when you hear things like that, but for now, there is no preference. If I can stay in France initially, for sure I will.”

Verdict: I am not so sure why Wenger is plotting a move for a left back when he has Kieran Gibbs and Ncho Monreal in his ranks. Playing Guerreiro out of position might not be a great decision. Moreover he could recall right-back Carl Jenkinson from loan at West Ham even if it means he has to splash out a meagre amount.

Here is a video on Guerreiro: