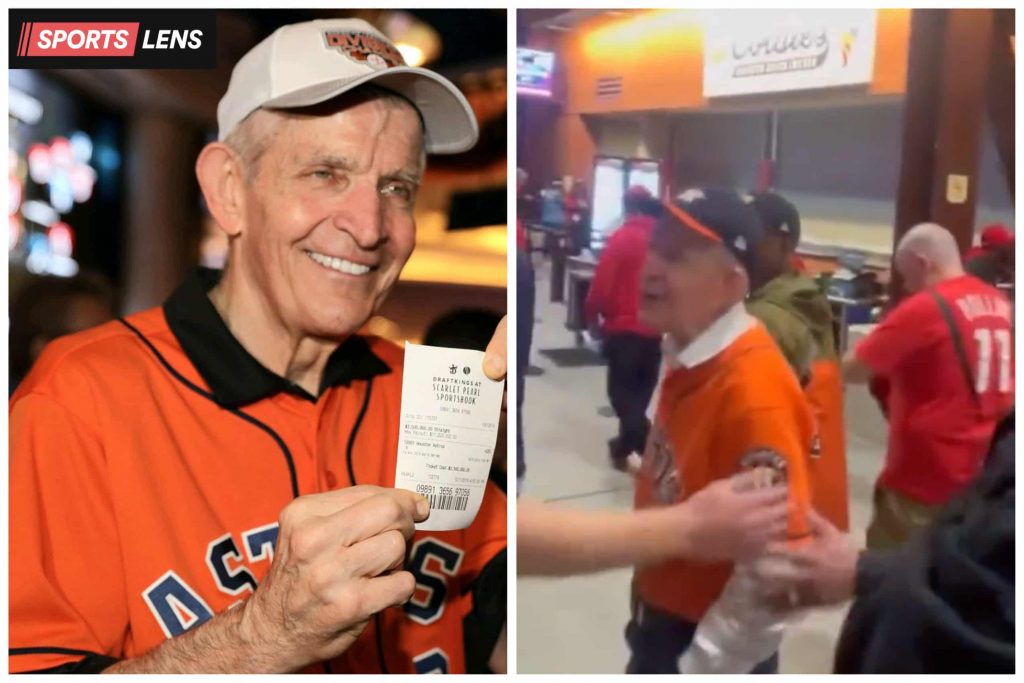 The owner of the Gallery Furniture chain is infamous across a multitude of sports for placing outrageous bets on major events, and this year’s World Series has seen him place the heftiest sum yet, clocking in at $10million.

Comprised of several individual bets with odds ranging from 5/1 all the way up to 10/1, the business tycoon could stand to win $75million should his beloved Astros prevail victorious across the series – they have now drifted to +132 on MLB betting sites having been strongly favoured to claim the championship rings for the first time since 2017.

It would seem the amount of money riding on Houston has been the cause antagonising behaviour from Phillies fans, who were filmed taunting the 71-year-old following their emphatic 7-0 win in Game 3.

See the footage below, where ‘Mattress Mack’ can be heard telling fans out of the picture “f*ck you”.

This is unbelievable. @MattressMack is the nicest dude ever. BUT he has like 15 million on the line and he’s in Philly. I don’t wanna say this was inevitable but it was inevitable. Fair play on both sides. pic.twitter.com/tL6wuvjJ9E

Houston have lost two of the last three World Series including last year’s defeat to Atlanta Braves, where McIngvale also placed a monumental $3.25 million on the Astros.

This latest defeat leaves the Astros chasing a 2-1 deficit in the series, and after failing to use their home advantage in Texas to any great effect, they now face another difficult prospect in Game 4 at Citizens Bank.

As well as being filmed hurling abuse at Phillies fans, the serial bettor was also captured looking rather glum as he watched on from the front row in Philadelphia as the home side raced to victory with five home runs.

He will no doubt be sweating over his potential $75million winnings when the first pitch of Game 4 is thrown on Wednesday night.

Although he may stand to lose $10million should the wager prove unsuccessful for the second year in a row, he uses the sales of promotional mattresses as hedges for his bets, which effectively aids the sales at his chain of furniture stores. Either way, this means he can’t lose.