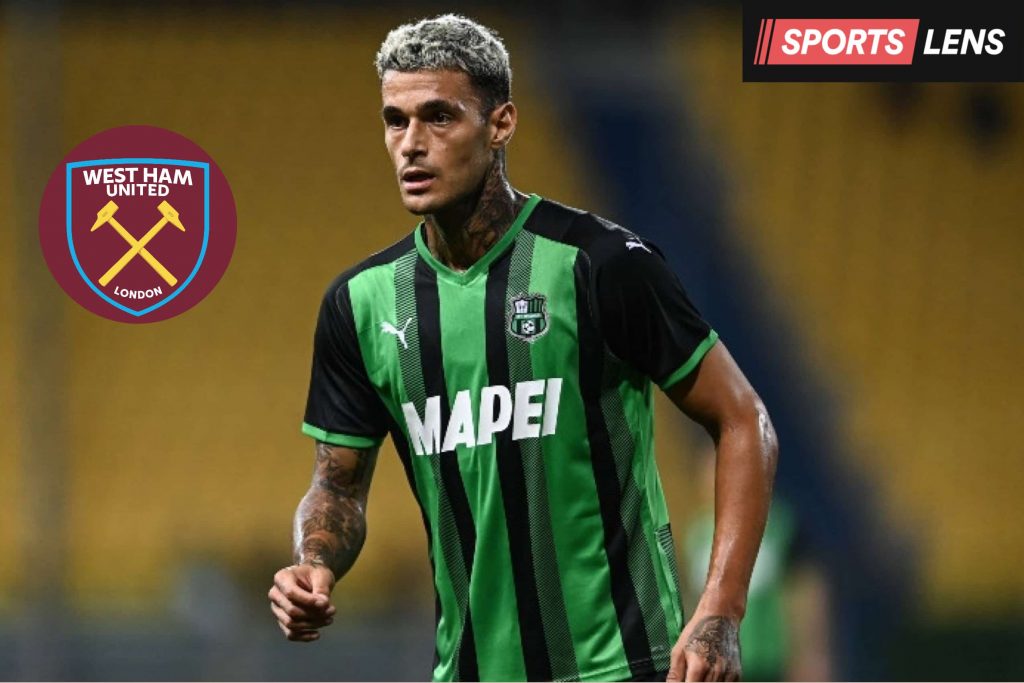 West Ham have made the first formal approach for Sassuolo’s widely-admired Gianluca Scamacca with a bid thought to be in excess of £34m.

The 23-year-old has emerged as one of the brightest sparks in Serie A following a dazzling display last season, as he notched in 16 goals in 36 league appearances.

Gone are the days of lumpy target men, Scamacca is of a new breed of striker; 6″5 is a mighty frame, but he combines surprising athleticism and speed with ball-carrying ability and an inherent knack for finding the net in spectacular style.

The Hammers are eager to add another offensive option to their roster this summer, and remain keen on Chelsea youngster Armando Broja for whom they have made an initial £30m proposal, although the Blues are reluctant to sell.

Take a look below at some of the Sassuolo man’s spectacular highlights from last season’s campaign.

He is widely regarded as a player Italy should build their attack around, and this growing interest means Sassuolo are likely to reject West Ham’s initial bid. The Italian club are said to be demanding a fee of at least £42m, with a whole host of Europe’s elite including Arsenal and PSG having enquired this summer.

The Irons are also awaiting a response from Lille over the potential transfer of talented young defensive-midfielder Amadou Onana, while they missed out on former loanee Jesse Lingard who joins newly promoted Nottingham Forest as a free agent.

David Moyes and his side continue their pre-season with a short trip to Luton on Saturday – why not take a quick look at our list of the best football betting sites ahead of the 3:00pm kick off.