It’s somewhat rare these days to see an Englishman trying his luck in Europe’s top leagues, especially in the tactical cauldron that is Serie A. In fairness, for many, life seemingly begins and ends with the Premier League where visions of a move abroad are often distorted by what many perceive as the ‘greatest league in the world’.

Although of the very few over the years that have exchanged Blackpool tower for the leaning tower there have been significantly contrasting results. So without further ado I present to you a rundown of ten very good and shockingly bad moves that English players have made to the land of Calcio.

To say he raised a few eyebrows when he made the switch to AC Milan would be an understatement. Desperate to revive his international career, Beckham has not only firmly edged his way into Fabio Capello’s plans but he’s also proved an asset to the Serie A giants too.

Since joining the club on loan in January, Golden Balls has established himself as a vital cog in the Milan machine that has attempted to keep abreast with rivals Inter in the race for the Scudetto.

At 34-years-old it would have been easy to hide away in the shadow of the likes of Kaka, Ronaldinho, Pato and Seedorf but with two goals and five assists in 16 Serie A outings, Beckham has certainly adapted well to life in Italy’s top flight. 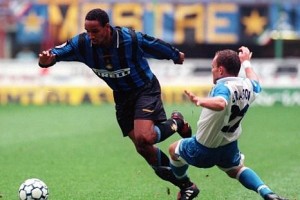 Ince’s performances in a Manchester United shirt indisputably earned him many plaudits at Old Trafford and after Sir Alex Ferguson had had enough of his ‘big-time Charlie’, Inter Milan were quick to snap him up for £7 million.

The Guv’nor went on to make over 50 league appearances for Inter where San Siro fans warmed to his combative style akin to an Esteban Cambiasso of today.

Although he never won a trophy in Italy, Ince undoubtedly made a decent impression on Serie A before he returned back to England in 1997.

As one of the only Englishman to have won anything in Italy, Platt can safely say he enjoyed a fruitful period in the land of pizza and pasta.

In a terrific first season with Serie A club Bari in 1991/92, the Lancashire born goal-scoring midfielder managed an eye catching tally of eleven goals which consequently alerted the attention of Juventus.

Despite not firing on all cylinders for the Old Lady, mainly due to being played out of position, Platt still went on to win the UEFA cup with the club in 1993.

The England man, capped 62 times for his country during his career, then moved onto Sampdoria where he won the Coppa Italia and finished second top goal scorer in Serie A during his second season with the club. 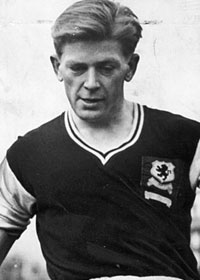 Our younger readers may not know too much about Gerry Hitchens but he’s certainly worthy of a place in this top five list and arguably at the peak of it too.

Hitchens made his name in England with Aston Villa during the late 1950’s although a brace for his country in a 3-1 victory over Italy in Rome persuaded Inter Milan to part with £85,000 (how the transfer system has changed since then eh) to secure his signature.

At a time when Serie A was experiencing an influx of players moving over from England, Hitchens embraced Italy’s top flight scoring goals aplenty along the way (including 16 in his first season with the Nerazzuri).

The former Cardiff centre forward went on to spend the best part of a decade on the Italian peninsula representing Torino, Atalanta and then Cagliari during a nine-year spell that asserted him as one of the greatest ever Englishman to have played in Italy. 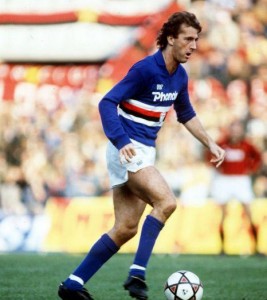 Fabio Capello labelled him the best English player to have ever played in Serie A. And to be fair it’s hard to argue with that assessment.

As England’s first £1 million player Francis invariably had to live up to expectations when he joined Sampdoria in 1982.

In his three years spent with the Blucerchiati he scored 17 goals in 68 appearances, helping  the Genoa club win their first ever Coppa Italia in 1985.

Even after having enjoyed varying levels of success with Sampdoria, Francis was hungry for more and he would go on to play for Atalanta for another two seasons before joining Rangers in 1987.

Undoubtedly one of the most technically gifted players of his generation, Gazza looked as though he was set to conquer the world when he agreed terms with Lazio in an £8.5 million deal from Tottenham in 1991.

Unfortunately Gascoigne sustained a serious knee injury in the final of the FA Cup when he lunged in knee-high on Gary Charles in the early moments of the showpiece Wembley tie. That challenge plus a further accident at a night club would keep him out of the entire 1992/93 season and would delay his move to Italy, knocking £3 million off the eventual price-tag too.

A spate of injuries and a failure to settle in Rome ultimately took its toll on Gazza and after only 41 appearances for Lazio he was on his way back to the UK and Rangers.

Yet wedged in between three years of inconsistency and injury heartache were some rousing moments too, including a fantastic run and finish against Pescara. 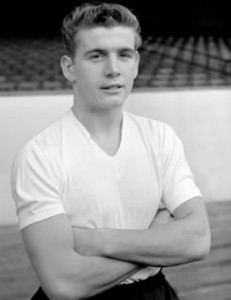 Baker may have found life easy in England and Scotland but a press infused Italian lifestyle certainly proved a different kettle of fish for the Merseyside-born England international.

Despite a relatively impressive scoring record of seven goals in nineteen matches (including one against Juventus) during the one sole year he spent with Torino, Baker was lucky to escape back home to England with his body still intact.

In February 1962 Baker and teammate Denis Law were involved in a serious car crash that left the former needing seven operations that would inevitably cut short his Italian adventure. 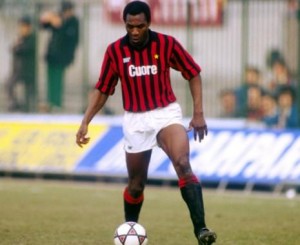 A legend at Watford and Soccer AM may have named a stand after him but he certainly didn’t receive too many standing ovations in an AC Milan shirt.

Whatever possessed Milan to shell out £1 million in 1983 on this bustling English centre-forward is beyond me and the Italian club soon realised their mistake.

After 30 appearances in his first season yielded just five goals, Milan had shipped Blissett back to the Hornets for nearly half the original fee! 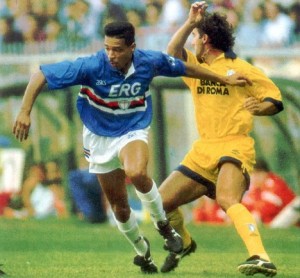 You’ll never beat Des Walker…apparently. Although during his time with Sampdoria you would have certainly fancied your chances.

These days you can find this former England international hanging inside closets and perhaps that’s exactly where he should have stayed when making the decision to join Sven Goran Eriksson’s team back in 1992 for £1.5 million.

On his debut against Lazio, Sampdoria conceded three goals with Walker at the heart of the defence and the Italian job soon became the Italian sob when it became arrivederci for Desmond after just one season in Serie A. 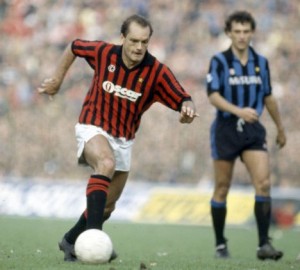 It’s a tad harsh to comprehensively claim that Butch was a failure in Italy so I’ll let the statistics do most of the talking instead.

During three years with one of Europe’s biggest clubs, AC Milan, Wilkins only managed to pick up a runners up medal in the Coppa Italia final of 1985.

In fact Wilkins time with the Rossenari coincided with a barren trophy spell for the club as a whole and in a total of 73 Serie A appearances, the current Chelsea assistant manager notched up a somewhat uninspiring two goals.