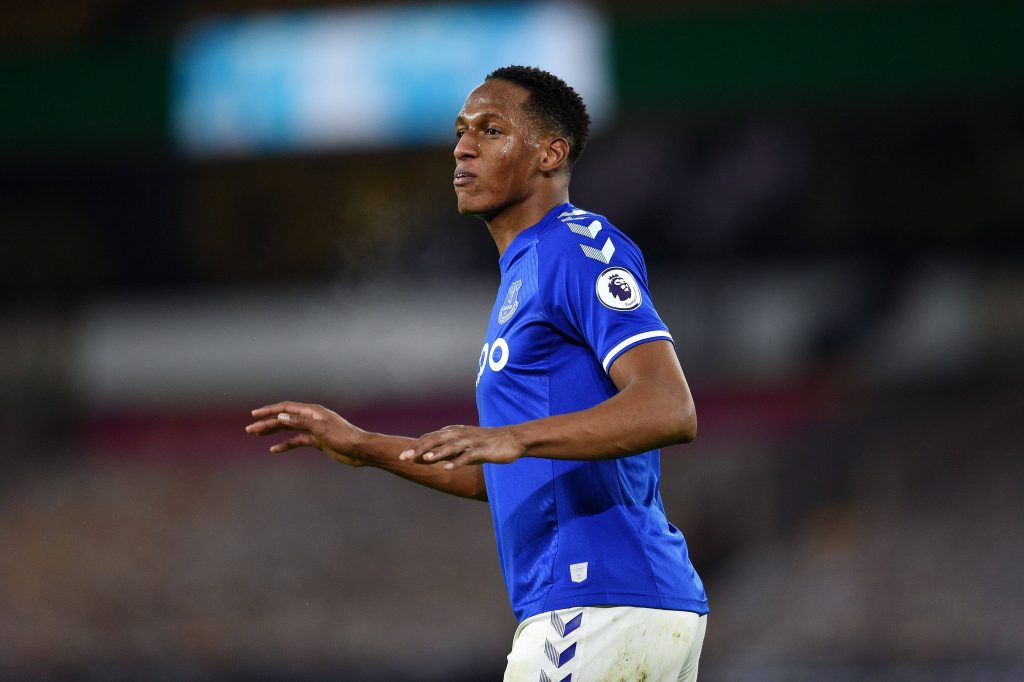 The Colombian is currently in his third campaign with the Toffees and has registered 73 appearances across all competitions.

20 of those outings have come in the Premier League this term, but he has largely been injured or on the bench in recent months.

Mason Holgate, Ben Godfrey and Michael Keane appear to be ahead of him in the pecking order, and he could be on the move this summer.

Valencia are planning an approach for his services. The Toffees are said to value Mina at £20 million, but he could be sold for less.

While manager Carlo Ancelotti believes Mina is physically suited for the league, he personally feels the Colombian defender is ‘too erratic and error-prone’.

The Toffees have made progress in their first full season under the legendary Italian, but they could fall short in the Champions League race.

Quite often this term, they have found themselves in solid positions to push for the top four, but their home form has let them down (five wins in 15 games).

They need improvements at the heart of the backline, and they could look to recoup transfer funds for a new player with the sale of Mina.

Napoli’s Kalidou Koulibaly has been regularly linked with the Toffees, but Ancelotti recently dismissed the speculation by saying that he is only a ‘good friend‘.

Jarrad Branthwaite could be a long-term option for the first team, but Ancelotti may want an experienced centre-back this summer with a commanding influence.

The Toffees boss has given no clue regarding potential new signings and recently said that he is comfortable with his central defensive options.

Read: Gary Neville comments on where Everton will finish this season.