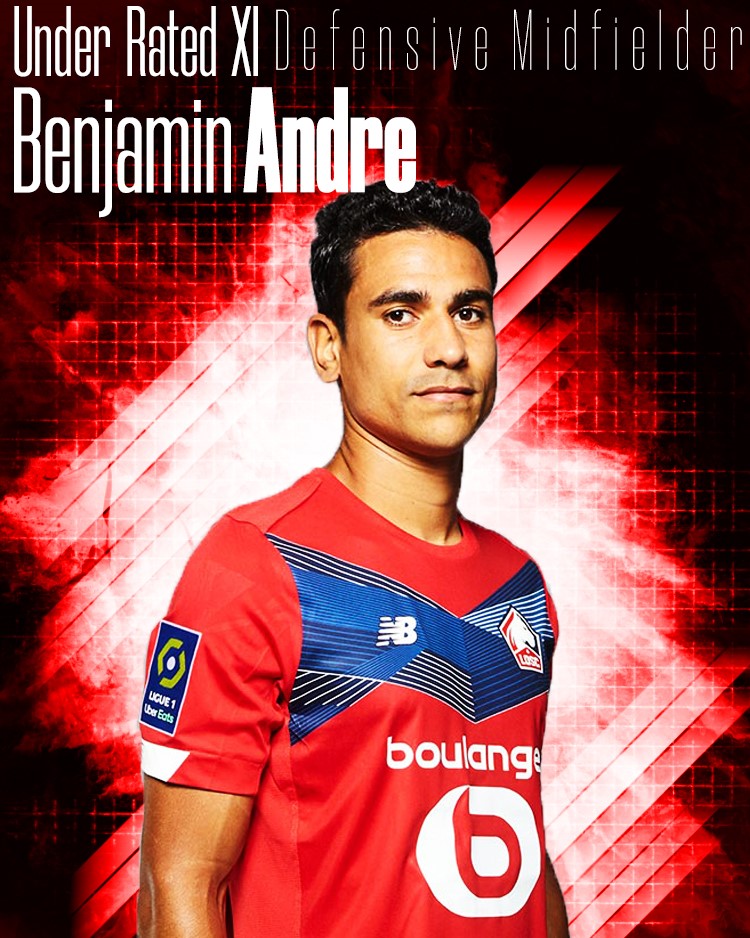 The 2020-21 Ligue 1 season has been one of the most enthralling in recent years, with Losc Lille topping the table so far.

Lille is ruffling feathers in France and their lead in the Ligue 1 standings is proving to be one of the footballing stories of the season so far.

When a team overachieves the players in the team tend to get the recognition they deserve, but I feel Benjamin Andre, like his teammate Mike Maignan, is criminally underrated.

An experienced figure 30-year-old Andre has been crucial for Lille so far this season and has contributed to their excellent defensive record with his qualities in the holding midfield role.

A real hidden gem, Lille snapped up Andre in 2019 from fellow Ligue 1 outfit Rennes, and the Nice born midfielder had been instrumental to their success over the last couple of seasons.

A former France under-21 international, Andre is a candidate for a spot in the France squad for the European Championships this summer, and if Lille goes on to win the Ligue 1 crown it may be enough to earn the former Ajaccio midfielder a spot in Didier Deschamps team.

With Andre also eligible to represent Senegal internationally, with that being the birthplace of his mother, France will have to act fast to get the inform midfielder to commit to their national team, with Senegal surely keeping a close eye on him as well.

With an excellent understanding of the defence behind him, Andre’s stats prove that’s he’s one of the best holding midfielders in the world currently and is yet another player who is criminally underrated.

With a big summer on the horizon for Andre, it’s crucial he keeps performing well as Lille look to shock French football by defeating giants Paris Saint-Germain and Olympic Lyonnais to claim the Ligue 1 title for the first time since 2011 and try to kickstart his international career before it’s too late.