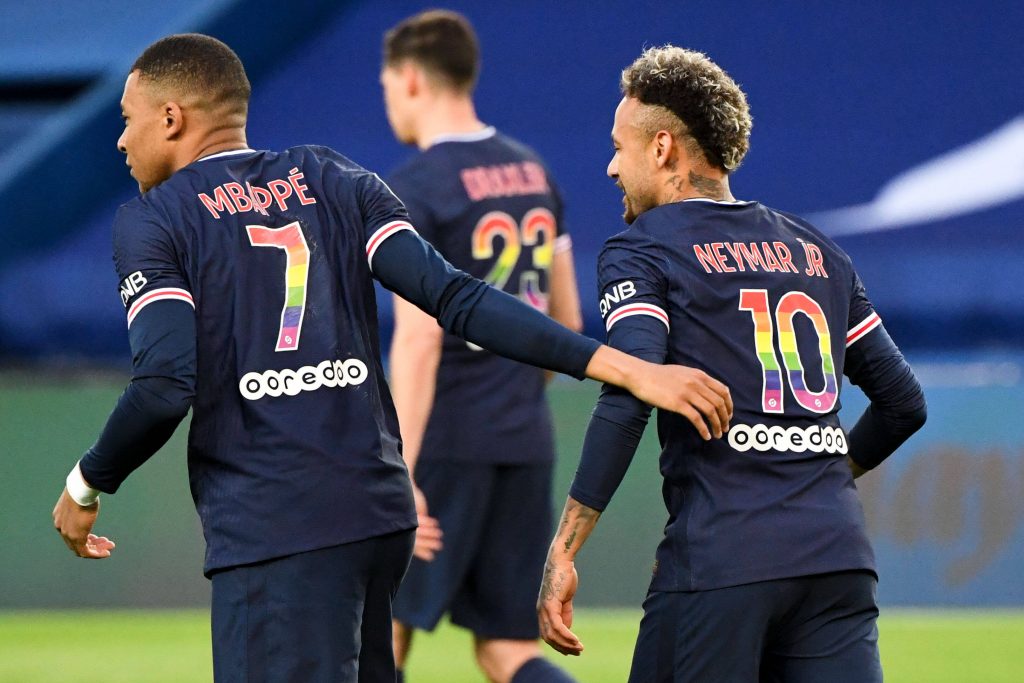 Lille staged a massive upset in 2020/21 as they defied the odds to beat overwhelming favourites Paris Saint-Germain to the Ligue 1 crown.

Although the sides went head-to-head throughout most of the season, Lille’s heroic 1-0 win at the Parc des Princes swayed the title race into their favour.

However, after leading the Stade Pierre-Mauroy outfit to a historic success, Galtier took charge of Nice.

The €70 million acquisition of Achraf Hakimi from Inter Milan was the icing on the cake, as PSG’s squad now looks more intimidating than ever.

On that basis, it is almost impossible to make a case for Pochettino’s team not regaining domestic glory in the upcoming season.

After failing to land a single piece of silverware with Tottenham Hotspur, Poch broke the curse with PSG by winning the Coupe de France last season.

However, it was no consolation for the man as hungry for success and recognition as the ex-Southampton boss.

Despite trailing Lille by only four points when he replaced Thomas Tuchel in January, the Argentine failed to deliver the league title in his first season in charge.

Pochettino now has everything he needs to regain the Ligue 1 crown.

As long as Kylian Mbappe and Neymar stay safe and sound, there should be no way PSG experience another underwhelming domestic season.

It is now clear that it will take something extra special from the other title contenders to prevent the capital-based side from cruising to the Ligue 1 crown.

Even the bookmakers agree with this thesis, as evidenced by the fact the best price for PSG to win the title next term is set at 1/5 (1.2).

The other plausible candidates to join the title race are rightfully priced as massive underdogs.

Lille, Lyon and Monaco are all in the mix, but they seem more likely to battle it out for the remaining Champions League slots.

So the real question is – who will finish in the top three behind PSG?

PSG are 1/100 to claim a top-three finish next term, which leaves two spots open for auction.

Last season’s race for the Champions League went down to the wire, with Monaco leaving Lyon behind on the nerve-shredding final matchday.

However, developments in the summer are likely to change the landscape in the upcoming campaign.

Galtier left a vacancy at Lille when he opted to join Nice, with Les Dogues appointing Jocelyn Gourvennec to fill the void.

It is worth noting that Gourvennec’s last job saw him fail to keep Guingamp in the top-flight in 2018/19.

Moving on to Lyon, they have cut ties with Rudi Garcia and recruited Peter Bosz to guide the team next year.

While Garcia’s tactical set-up heavily relied on Memphis Depay, Bosz will be denied that privilege as the Dutchman signed for Barcelona in July.

After narrowly missing out on Champions League qualification last term, Lyon are rated at 4/6 (1.67) to go one better this time around.

Among the top-four candidates to finish in the top three, Monaco are the outsiders at 11/8 (2.38).

That does not mean they have the lowest chance of succeeding, especially given their performances during the second half of last season.

Led by Niko Kovac, the French principality club defied all expectations to break into the top-three on the back of an eye-catching run of form.

Les Monegasques burst into the Champions League zone, winning 17 out of their last 23 Ligue 1 fixtures while losing just twice in the process.

Monaco have retained the core of the squad that swept aside PSG in both league encounters last season, including the entire starting XI.

If they transfer that momentum into the new campaign, no one can dispute their chances of securing back-to-back top-three finishes.

Who will be relegated from Ligue 1?

Only the last two spots result in direct relegation from Ligue 1, with the third side from the bottom facing a relegation play-off with a Ligue 2 team.

Despite securing promotion to Ligue 1 last season, Troyes and Clermont are not among the top candidates to slip to the second-tier.

Reims and perhaps shockingly Bordeaux are the teams given the lowest chance of hold onto top-flight status next term.

Bordeaux’s massive off-field problems have probably played a significant role in the bookmakers naming Les Girondins among the relegation candidates.

Meanwhile, despite finishing in the upper half of the table twice in three seasons since joining Ligue 1, Reims’ underwhelming summer transfer business could cost them dearly.