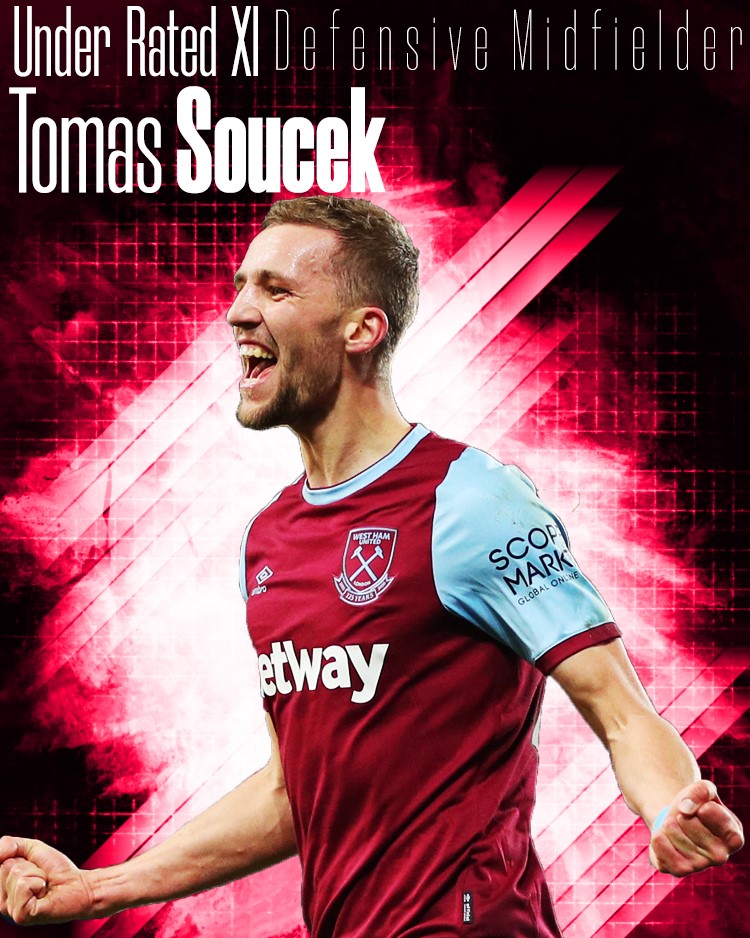 2020 proved to be a challenging year for football teams, with the COVID-19 pandemic putting clubs across the world in extreme financial difficulties.

Even some of the worlds best teams were hit by the lack of income due to the effects of the pandemic, which meant that clubs had to be even smarter when signing players, and delve into different markets in the search of bargain players.

It’s a no brainer to include Tomas Soucek in the underrated Xl series, as it’s quite clear he’s one of the best midfielders in the Premier League and doesn’t get anywhere near the recognition he deserves.

A combative midfielder, West Ham took a risk to make Soucek’s loan deal a permanent move but have been rewarded for their bravery with the Czech midfielder providing to be a key figure in their shock push for a Champions League spot.

West Ham are currently fifth in the Premier League table, two points behind fourth place with a game in hand, and Soucek’s performances have played a major part in this push.

A composed figure whose height sees him have a large influence in the midfield, Soucek’s stats put him up there with some of the best midfielders in the Premier League at this moment in time.

Manager David Moyes can always seem to rely on Soukec’s consistency, and the 26-year-old doesn’t seem out of his depth at all in the top flight of English football.

Soucek who has been capped for the Czech Republic national team 29 times, oozes calibre and it’s clear that like the other inclusions in this series he’s underrated monumentally.

If West Ham are to continue to upset the applecart and place in the top four come the end of the season, Soucek will be instrumental and manager David Moyes will surely feel a lot more assured with Soucek in the team, who is proving to be a hidden gem for the Hammers.