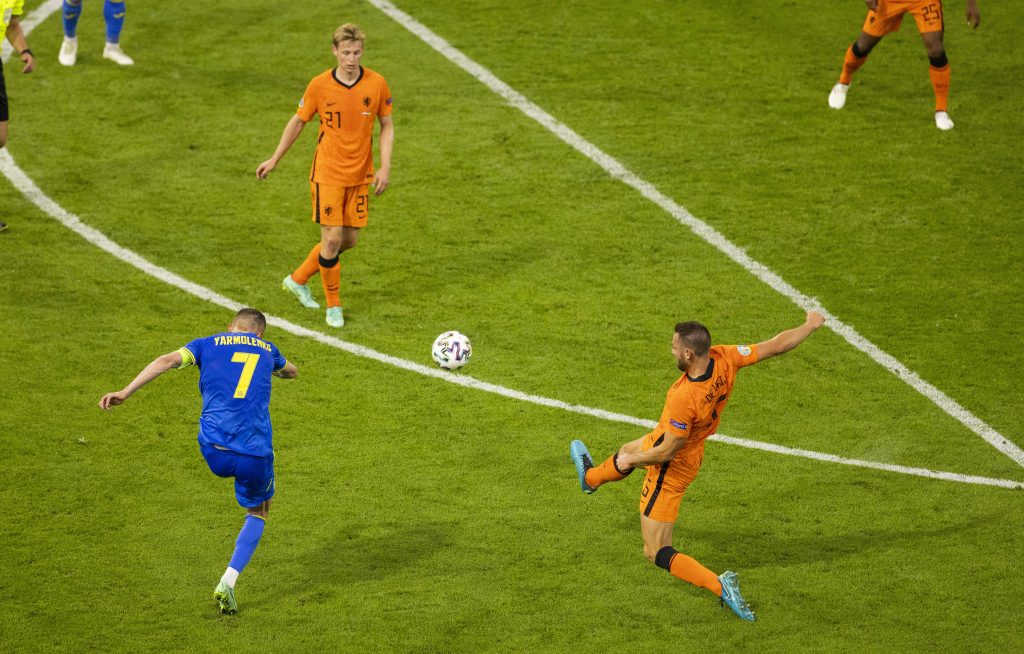 Seeking redemption for a slow start to their Euro 2020 campaign, Ukraine will take on North Macedonia at the Arena Nationala in Bucharest on Thursday.

A potential failure against the former state of Yugoslavia might well end the Ukrainians’ European Championship adventure already in round two of the group stage.

The same goes for the North Macedonians, who could be packing their bags already on Thursday if the results do not go their way.

Ukraine’s hopes of making it out of the European Championship group stage for the first time as a sovereign state are on the line as they aim to bounce back from a 3-2 defeat to the Netherlands on Matchday 1.

Despite coming back from a two-goal deficit, the Ukrainians failed to hold onto a draw and now cannot afford a slip-up against the Balkans minnows.

West Ham United ace Andriy Yarmolenko scored one of the goals of the tournament so far in Amsterdam, and Ukraine will need him to be at his best if they are to beat North Macedonia.

The 31-year-old forward, who is the beating heart of Andriy Shevchenko’s team, will go face-to-face with Leeds United star Ezgjan Alioski in one of the key battles at the Arena Nationala.

Oleksandr Zinchenko looked tireless in the middle of the pitch against the Netherlands, providing cover to the backline while distributing the ball across the field with pinpoint precision.

However, the Manchester City utility man allowed Denzel Dumfries to outjump him for the match-winner.

North Macedonia started their debut European Championship campaign with a whimper rather than a bang, going down 3-1 to Austria in their Group C curtain-raiser.

Despite several bursting runs down the left-flank, Alioski was caught slipping for Stefan Lainer’s opener in their first game in the competition.

One of Marcelo Bielsa’s most trusted allies looked dangerous going forward but struggled defensively, which ultimately cost his side dearly.

Alioski will have to step up if he is to stand a chance against in-form Ukraine star Yarmolenko.

Meanwhile, Goran Pandev, who catapulted his country to their first-ever appearance at the European Championships, was on the scoresheet against Austria.

The Lynxes’ most-capped player and the country’s all-time highest scorer ironically became the youngest North Macedonian to score at the Euro finals at 37.

Another sublime display from the veteran is required if Igor Angelovski’s men want to return in contention for a top-two finish.

The Ukrainians boast a 100% win-ratio against North Macedonia in official matches, having won both of their previous competitive meetings by an aggregate score of 3-0.

Both Ukraine’s H2H victories came in the Euro 2016 qualifying campaign.

Goals have been in short supply in their four encounters overall, with each seeing one or both teams failing to score in fixtures garnering under 2.5 total goals.