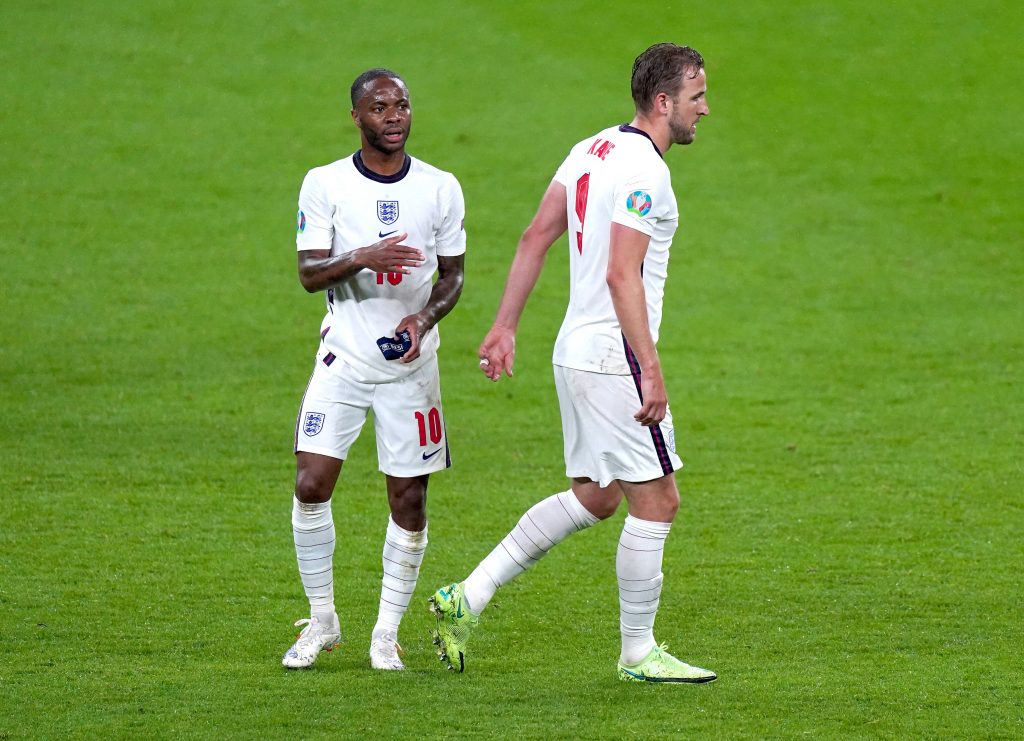 England’s pursuit of the Euro 2020 title continues at the Stadio Olimpico on Saturday as they take on Ukraine in an intriguing quarter-final showdown.

Ukraine came out on top of an extra-time drama against Sweden in the last-16, with Oleksandr Zinchenko’s breathtaking display nudging the Ukrainians to a 2-1 victory.

Meanwhile, England’s quest to win their first European Championship title saw them crash out fierce rivals Germany 2-0 in the first knock-out round on the back of another Raheem Sterling’s heroic.

But be aware that this will be England’s first match at the tournament away from Wembley.

Artem Dovbyk’s last-gasp strike fired Ukraine past Sweden last time out, helping them reach the quarter-finals in their first-ever Euro knock-out appearance as an independent nation.

Except for a 1-0 defeat to Austria on Matchday 3, the Ukrainians have netted 2+ goals in each of their remaining three Euro 2020 fixtures, which might give them enough courage to penetrate the tournament’s best defence.

That could be easier said than done, considering the Blue and Yellow have totalled just three goals in seven encounters against England, scoring one or less in each of them.

In addition to Manchester City’s Zinchenko, who put on a masterclass performance against the Swedes, Shevchenko will rely upon another Premier League star to knock England out of the competition.

West Ham United winger Andriy Yarmolenko has had a hand in five of Ukraine’s eight goals at the European Championships, scoring two and assisting three.

The 31-year-old scored twice in the group stage, including a wonder goal against the Netherlands on Matchday 1.

Despite England’s unconvincing displays in the Euro 2020 group phase, the Three Lions advanced to the knock-outs as Group D winners (W2, D1), carrying a 2+ goal difference into the round of 16.

A 2-0 win over Germany last time out made England the second nation in European Championship history to keep a clean sheet in their opening four games of the tournament.

If they manage to shut out Ukraine, Gareth Southgate’s side will become the second team to keep five consecutive clean sheets at the beginning of a major tournament since Italy at the 1990 World Cup.

It looks like Southgate knows in-depth about building a fortress, as evidenced by the fact the Three Lions have conceded a tournament-lowest average of 2.00 shots on target per match.

But, things have not gone so smooth for England in the front third, with a triumph against Germany marking the first time in six internationals that they scored more than once.

Sterling’s Euro 2020 fairytale continued against the Germans, as the Cityzens star racked up his third of the tournament and is only two short of tying Alan Shearer’s tally of five goals at Euro 1996.

The 26-year-old has notched 75% of England’s goals at Euro 2020 so far, while Tottenham headline performer Harry Kane finally broke his European Championship hoodoo last time out.

Jack Grealish, who turned the tide since being subbed on at Wembley, should return to Southgate’s starting XI as Bukayo Saka proved immature for this stage of the competition.

Suggested Article: Kane demands concentration from his England teammates ahead of Ukraine clash.

Ukraine have claimed just one victory in their seven meetings with England across all competitions (D2, L4), courtesy of a 1-0 win in October 2009 in a World Cup qualifier.

Both of the last two clashes between these nations have ended level, though this is their first match since September 2013.

England also came out victorious in their only previous encounter at major tournaments, with Wayne Rooney giving his team a 1-0 triumph in the Euro 2012 group stages.