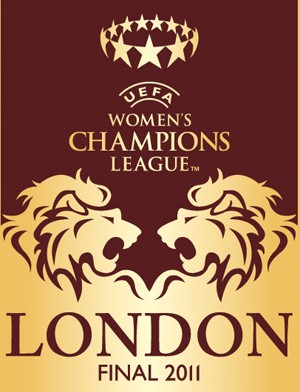 The Final will be held at Fulham FC’s Craven Cottage. The game will kick off at 20.00 GMT on Thursday 26 May.

Supporters wishing to attend the 2010/11 UEFA Women’s Champions League final in Fulham can purchase tickets now for as low as £3.

There are eight clubs left in the competition, two being English. Arsenal LFC and Everton will be attempting to reach the Final, while the other clubs are; FFC Turbine Potsdam (GER), who are the holders, FCF Juvisy Essonne (FRA), FCR 2001 Duisburg (GER), Linköpings FC (SWE), Olympique Lyonnais (FRA) and Zvezda-2005 (RUS).

“I am pleased Craven Cottage is hosting the UEFA Women’s Champions League Final. It will be great for the girls at the Centre of Excellence to see women’s football played at the highest standard, and hopefully be inspired. This is a great opportunity to publicise women’s football.”

Tickets for the showpiece are priced at £3 for under-16s and £5 for adults. They can be purchased at www.fulhamfc.com/tickets or contacting the Fulham Ticket Hotline.

“It gives everybody associated with Fulham great pleasure and pride that UEFA has selected our stadium to host this important game.”