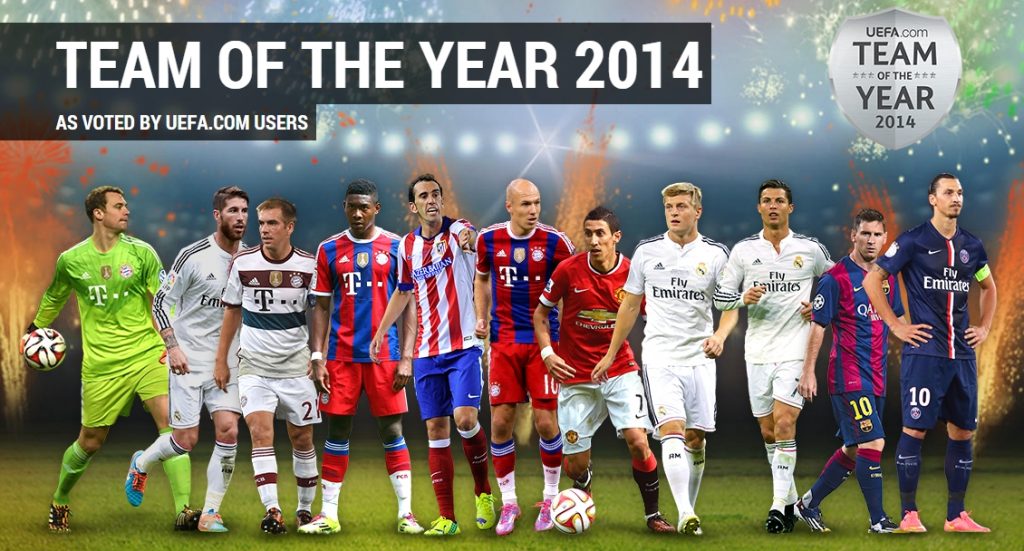 UEFA have announced the team of the year 2014 today, an eleven that was dominated by German giants, Bayern Munich. 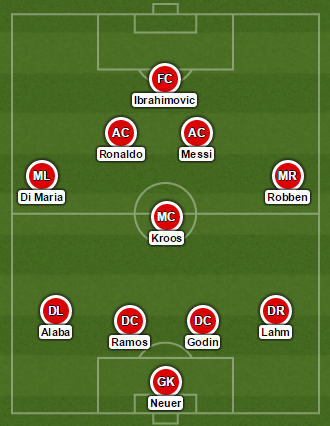 Bayern Munich keeper Manuel Neuer took the spot in between with sticks after a phenomenal season with club and country, which saw him lift the Bundesliga and the World Cup. Compatriot Phillip Lahm also made the squad after a sensational season.

Neuer and Lahm’s Bayern teammate David Alaba also earned a place in the team of the year after a marvelous season with the German giants.

Champions League finalists Diego Godin and Sergio Ramos won their place at the heart of the defence, following a superb club campaign in which Atletico won the La Liga and Real Madrid finally won the La Decima. Both defenders played a key role in their team’s success and were rightly named in the team of the year.

Neuer, Lahm and Alaba were not the only Bayern Munich players in the lineup as former midfielder Kroos and Arjen Robben got into the side as well on the back of a stunning year.

Man of the match in the Champions league final, Angel Di Maria and top scorer of the tournament, Cristiano Ronaldo also made it to the team after a splendid season. Barcelona’s Lionel Messi and PSG’s Zlatan Ibrahimovic were the other two forwards in the side.

The team was picked from a shortlist of 40 by UEFA.com staff writers, and after a total of 8.6 million votes the selections were made. Cristiano Ronaldo received the most votes with 623,046.