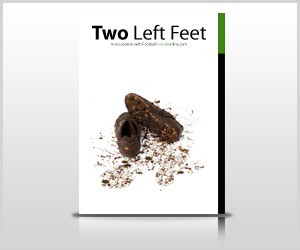 A brand new publication brought to the general public courtesy of Football Friends Media. This is a book full of football tales provided by real life fans who have a love for the game rather than seasoned journalists.

There is a refreshing level of raw talent throughout the publication, names of aspiring writers who will be seen in print a lot more in coming years.

With so many magazines and football books on the market it was important to be different, this has been achieved by the team at Football Friends Media (FFM) recruiting writers by word of mouth, directly from universities and most importantly giving their readers the chance to write for the publication.

When you go to your local newsagents, scan the titles, you will always see copies of 442, Match and Shoot and in many places, When Saturday Comes. All of which have an excellent following, something that TLF aims to win over so they become their readers.

Whilst Match and Shoot are generally aimed at young readers, the other two are set to be long-term competition for TLF. The book is over 100 pages long and full of stories and anecdotes, something that made the read so much more enjoyable was that there was no need to battle past pages of advertising as there was not a single advert in it.

There was a huge variety in pieces, ranging from a fantastic and emotional tale of one of the first black footballers whose career never reached he its’ full potential due to his skin colour. For those who can remember Ipswich’s fantastic UEFA Cup run in the last decade, there is a piece looking back at the adventure.

TLF is available via FootballFriendsOnline.com for £4.99 if you want a hard copy, and for those who would prefer to download it to their Ipad or Kindle, then the digital version is £0.99. There is even a ‘try before you buy’ option which allows you to read some examples of the work.

This is a fantastic publication, one that will hopefully become a regular one, it has the feel of a community project, where anybody can get involved if they want to.