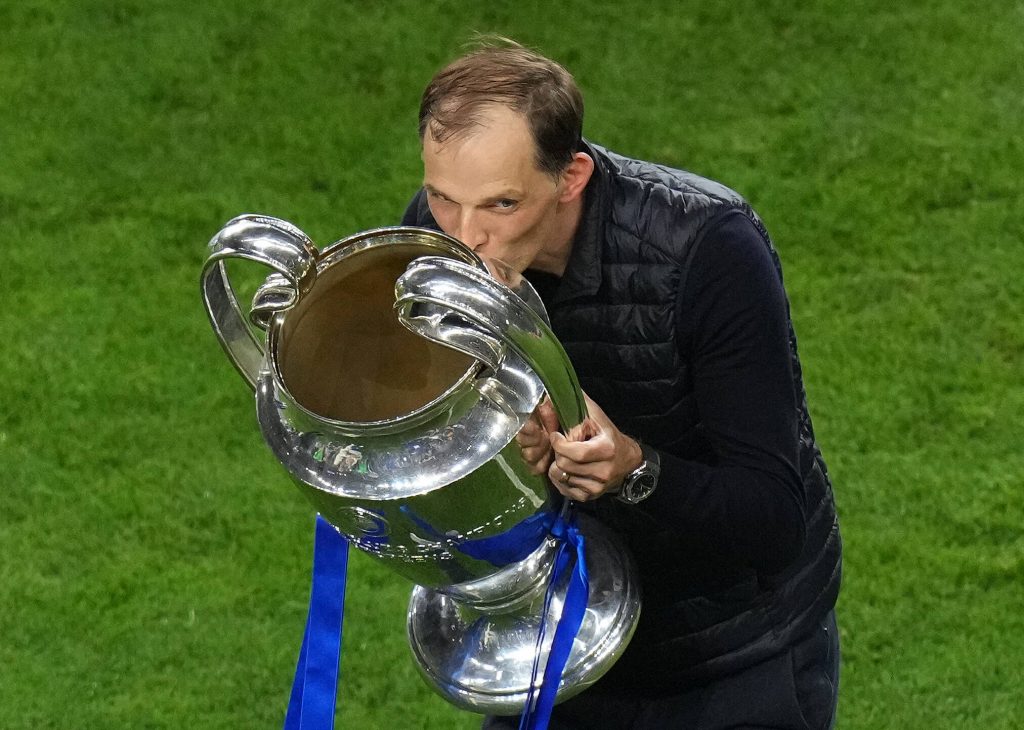 At the time, they were languishing in ninth-place in the league, although progression to the knockout stages of the Champions League had been ensured.

The Blues have gone from strength to strength since, clinching a spot in the top-four on the final matchday, reaching the FA Cup final and, most notably, winning the Champions League by beating Manchester City in the final.

Obviously, their new manager deserves a lot of credit for this turnaround, so let us take a look at how Tuchel revitalised Chelsea’s season.

One of Chelsea’s most glaring problems under Lampard was their leaky defence which had conceded 23 goals in 19 league games.

Much of this was down to some questionable tactical decisions on the English manager’s part, so things naturally had to change under Tuchel.

The German tactician struck gold in his very first match, as he conceived the 3-4-2-1 against Wolverhampton Wanderers despite having less than a day with his players.

This was a big diversion from the back-four systems that his predecessor had employed, and with two defensive midfielders that did not venture too far forward in possession in front of a back-three, the players would have to work hard to concede too often.

A clean sheet in his first match was a clear indication that Tuchel had already started to find solutions to Chelsea’s defensive problems, so he started drawing his attention to the attacking third due to the lack of goals at the Molineux Stadium, switching to a 3-4-1-2 when facing Burnley.

After his first win in London, the ex-Paris Saint-Germain manager started to see things really come together. He won the next four matches against Tottenham Hotspur, Sheffield United, Barnsley and Newcastle United.

After a draw at Southampton, his first ‘big game’ at Chelsea was the Champions League round of 16 tie against La Liga leaders Atlético Madrid, which ended 1-0 in the Blues’ favour.

The second leg was an even more comfortable 2-0 victory, but before that, both the Merseyside Premier League clubs succumbed to the efficient Chelsea machine that Tuchel had created, while Manchester United and Leeds United held on to 0-0 draws, with the latter benefitting from a failed tactical experiment which was the only time the 47-year-old manager employed a back-four throughout the 90 minutes of a match.

The Pensioners continued to progress in both the cup competitions with quarterfinal successes over Sheffield United in the FA Cup and, more difficultly, Porto in the Champions League.

In the midst of that, though, West Brom rocked up to Stamford Bridge and handed Tuchel his first defeat in England with the final score reading 2-5, although this was largely down to a red card and a fair bit of good fortune for the Baggies.

That was just a small glitch in the matrix, though, as Chelsea continued to storm their way to the Champions League spots in the Premier League as West Ham United, Fulham, Manchester City and Leicester City tasted defeat.

Meanwhile, there was yet more success in the semifinals of the cup competitions, as Manchester City were beaten in the FA Cup and Real Madrid were outclassed across the two legs of the Champions League tie.

The two finals were the last hurdles for Tuchel to get his hands on the first piece of silverware at Chelsea, and although Leicester City denied them in the FA Cup, the Blues beat Manchester City in the big one to lift the Champions League trophy.

These two matches perfectly encapsulated Chelsea’s strengths and weaknesses under their new manager – they were rock solid defensively with just 13 goals let in in 19 league matches, but they often struggled to wear down low blocks, as was also evident against Arsenal.

Having scored more than two goals in a match on just one occasion under the German tactician, it is clear that the Pensioners do not blow teams away, but their measured attacking commitment is precisely what has led to their outstanding defensive record.

An often overlooked aspect of management in football – and one that especially needed to be done at Chelsea with their wealth of talent – is player management. In this sense, Tuchel has done a brilliant job in London.

When he came in, a few players were struggling at Cobham. Timo Werner was out of form, while Kai Havertz was not getting too much game time either.

Those two were at least seen around the squad – Antonio Rüdiger was almost completely alienated as he probably did not even make the B-team.

The German connection with their new manager would undoubtedly have helped these three players, as they have become integral in Tuchel’s set-up.

Werner has excelled in a more fluid front-three, with his work rate proving invaluable to Chelsea’s style of play.

Havertz has similarly benefitted from the attacking dynamics that Tuchel has overseen, but the clear star has been Mason Mount, who continued to excel despite many questions surrounding his role when the change of manager was enforced.

Olivier Giroud, Hakim Ziyech and Christian Pulisic have largely had to play second-fiddle, but the trio have made key contributions whenever called into action.

In midfield, Jorginho and especially Mateo Kovačić were struggling for matches under their old boss, so Tuchel’s arrival was certainly a positive for them.

N’Golo Kanté was seemingly dipping in terms of quality at the start of the season, but the new system seems to fit him perfectly, as the Frenchman is back to his omnipresent best.

Tuchel’s choice of a back-three may have been influenced by the numerous attack-minded wide defenders that Chelsea have in their books, which is why using them as wing-backs might have been a good idea.

On the left, Ben Chilwell has continued to play a key role, but Marcos Alonso has started spending a lot more time on the pitch as well.

Callum Hudson-Odoi was surprisingly the preferred right wing-back initially, but Reece James has unsurprisingly edged him out in the long run.

At the heart of the defence, captain César Azpilicueta has been a perfect fit at right centre-back thanks to his ability to carry the ball forward, while Thiago Silva has been a great leader in the centre.

Rüdiger’s season was flipped on its head as well, as he went from being scarcely seen to the clear first-choice left centre-back. Andreas Christensen has done a great job filling in when one of his compatriots (mostly Silva) was injured, so Kurt Zouma has seen very little game time among the centre-backs.

Tuchel decided to keep things straightforward in the goalkeeper position, as Eduoard Mendy has continued as the number one. Kepa Arrizabalaga remains the second-choice, although he was fielded on a couple of occasions.

The one big loser who has made plenty of headlines for his lack of involvement under Tuchel has clearly been Tammy Abraham, who does not seem to have any place in Chelsea’s new set-up and looks certain to leave in the summer.

Barring him, though, the German manager’s handling of his players and distribution of game time has been spot on.

Reaching two cup finals typically involves a fair few big games along the way, and that has precisely been the case for Tuchel at Chelsea.

While the former Borussia Dortmund head coach has typically preferred a possession-based style of football, he has had no problems at all in letting the opposition have the ball and hit them in transition.

This is where his side’s defensive solidity proves crucial, as their 5-3-2/5-2-3 block has proven insurmountable for many of England and Europe’s top teams.

In fact, Tuchel has overseen matches 10 matches against Manchester City, Liverpool, Manchester United, Tottenham Hotspur and the two notable Madrid-based clubs, winning eight of them while drawing the others and conceding just two goals.

In four of the six cup matches against some of these teams, Chelsea saw less than half of the ball but conceded only once.

The Champions League final was the best example of the Bavarian manager’s pragmatism, as he was happy to let City have the ball in their own half while defending in a relatively low block, focusing on exploiting their lack of defensive midfielder in transition and quickly adapting his build-up plan to make the most of Pep Guardiola’s lack of width in pressing.

This ultimately decided the match and gave Chelsea their first trophy with Tuchel as their head coach.

In about five months in charge of Chelsea, Tuchel has completely transformed them into one of Europe’s top sides despite not even having a single transfer window to bring in new players into a side that were languishing in ninth when he came in.

With the same squad, he made up five spots in the Premier League, reached two cup finals and even won the continent’s most coveted prize with his first attempt.

If he could do all of that with limited time and resources, it is obvious that Chelsea are set to cement a spot among Europe’s best clubs for the foreseeable future with Tuchel at the helm.

Unsurprisingly, Roman Abramovich has reportedly already begun negotiations for a contract extension to keep the ex-Mainz coach in London for the next few years, and that should spell yet more success for his club.

England and Europe must beware because Tuchel and Chelsea are only going to keep getting better from here.