It would appear that Inter Milan are finally going to let Rafa Benitez (should he actually get the job of course!) get his sweaty little mitts on some filthy lucre again, after a fairly barren couple of seasons at cash-strapped Liverpool – but they better keep their eyes on him as, lest we forget…

Here’s the best – coupled with the rest – of today’s transfer-related bavardage.

Inter Milan are hoping that a combined bid of £33 million will be enough to secure Liverpool duo Javier Mascherano and Dirk Kuyt as the first two signings of Rafa Benitez‘ reign at the Nerazzurri. (Daily Mail)

Aston Villa are eyeing up an £8 million move for Anderlecht’s 25-year-old Moroccan winger Mbark Boussoufa, who has been voted Belgian Player of the Year for the past two seasons. (Daily Mirror)

Barcelona legend Hristo Stoichkov has branded Zlatan Ibrahimovic ‘a failure’ and said that he expects the Swedish striker to join Manchester City this summer. (Mirror)

Manchester City are back in the hunt for Liverpool striker Fernando Torres. (The Sun)

City have also extended Patrick Vieira‘s deal at the club by a further year. (Football 365)

Arsenal chairman Peter Hill-Wood has hinted that the Gunners are close to wrapping up a deal for Fulham ‘keeper Mark Schwarzer. (Daily Star)

Wolfsburg are hoping to be first out of the traps in the race to sign German international midfielder Michael Ballack, who was released by Chelsea yesterday. (Mail)

Wigan chairman Dave Whelan has slapped a £15 million price tag on Colombian striker Hugo Rodallega‘s head in a bid to ward off supposed interest from Arsenal and Aston Villa. (Mail)

Newly-appointed Celtic boss Neil Lennon hopes to speak to both Robbie Keane and Sol Campbell to convince the pair to make the move north of the border this summer. (Daily Record) 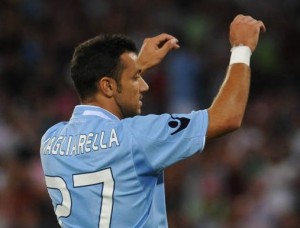 Milos Krasic has agreed a €15 million move to Juventus ‘in principle’ but CSKA Moscow are now hesitant to complete the deal after finding out that Manchester City are willing to pay much more for the Serbian winger. (Sky Sports Italia)

The Bianconeri are also said to be in talks with Arsenal contract rebel William Gallas. The Frenchman is available on a free transfer after failing to agree upon a new deal at the Emirates. (Marzio)

After giving up on signing Robert Acquafresca from Genoa, Cagliari are now planning to swoop for 20-year-old striker Alberto Paloschi – who is co-owned by Parma and AC Milan. (Il Corriere Dello Sport)

Napoli’s Argentinian winger Jesus Datolo, who spent the second half of last season on-loan at Olympiakos, is on the verge of joining Bundesliga club Vfb Stuttgart. (Il Corriere Dello Sport)

Palermo are close to agreeing a deal with Siena for former Middlesbrough striker Massimo Maccarone. (Palermo24) 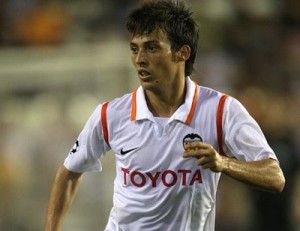 Barca are also being linked with a move for Tottenham’s Honduran international midfielder Wilson Palacios, as a direct replacement for Yaya Toure who is set to join Manchester City. (Goal)

Benfica winger Angel Di Maria has apparently told his agent that he is ‘not keen’ on a move to England, leaving Real Madrid as the prime candidates to sign the Argentinian starlet. (AS)