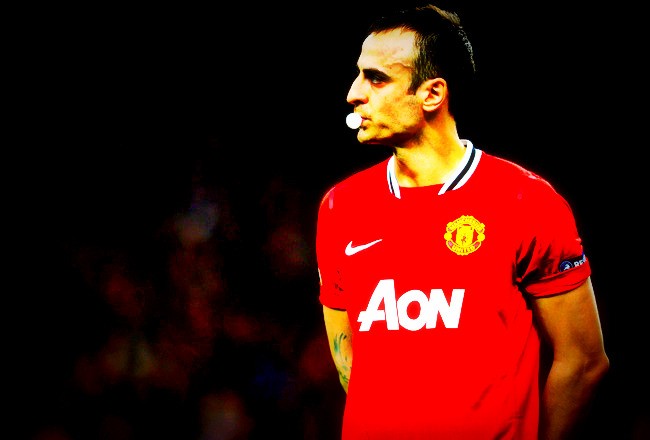 If there’s anything that reflects what’s good and bad about modern football, on and off the pitch, it’s the last day of the transfer window.

Twice a year, on the last day of August and January, we see many of the worst things in football today. Clubs neglecting good sense to at the last minute buy average players at inflated prices. The 24/7 football media going even by it standards into a state of overdrive.

Fans and pundits making split second judgments on players they’ve barely seen. Fake ‘ITK’ Twitter accounts trying to out-twat each other. Jim White doing the late shift on Sky Sports News with his eyes on stalks. In terms of action and possible amphetamine use Jim White’s presenting stint on deadline day is the broadcasting equivalent of an early Jesus and Mary Chain gig.

The entire spectacle is in many ways an exhibition in stupidity. Clubs who’ve had the entire summer to decide what players to buy and how to buy them on deadline day start flushing money down gold plated toilets simply because they won’t be able to make the transfers the day after, ignoring the question of why they didn’t conduct their transfer business before.

Clubs neglect the opportunity to buy players in the summer which would allow players time to bed in, get to know the players, coaches and style of play. Instead they buy players five minutes before midnight on deadline day, chuck them into the first team a week later and expect great performances immediately. And if these players don’t perform well immediately they’re denounced as a flop after about two games. That’s if ‘fans’ on Twitter and football phone-ins haven’t already based their opinion on a player off some two minute YouTube compilation.

This crass, thoughtless, idiotic, anti-logic approach is one of the worst things about modern football. Of course football would be dull if it was run perfectly. But football is so stupidly run, with chairmen eager to appease fans making decisions so bad it makes you wonder how they got rich in the first place.

Take for example QPR signing the aging, error-prone Rob Green on reportedly £50,000 a week. Two games into the season they’re signing another aging, error-prone keeper in Julio Cesar for what must be more than £50,000 a week. Having a reserve goalkeeper for the club that finished 17th last season being paid more in a week than a League Two footballer makes in a year is crazy. I doubt if even the Barcelona’s, Real Madrid’s and Manchester United’s pay their 2nd choice goalie £50,000 a week.

For further transfer idiocy, see Jordan Rhodes, a great goalscorer but only at League One level being sold for £8m from Huddersfield to Blackburn, double what Dimitar Berbatov, the Premier League top scorer two seasons ago is being sold for. Also see Andy Carroll, who regardless of the sale of Fernando Torres earlier that day was never close to being worth to £35m and now is being hawked round clubs for less than half that transfer fee. Torres at £50m is yet to live up to that British record fee.

But for all the idiocy of both clubs and ‘football experts’ who know no more about football than the rest of us but get paid to go on Talksport or Football Focus to pretend they do, it is kind of exciting. Seeing every rumour, counter-rumour and lie permeate through the day is to me at least fun, especially if during the day you have nothing better to do than watch Sky Sports News or follow the BBC live blog on what’s happening.

The fact that most of these rumours are never going to come to fruition means that when a rumour does turn out to be true it increases the excitement factor.

Also there is the fact that transfers, however illogical, do make football more interesting. Transfers are an integral part of football and always have been. Seeing how these transfers and loan deals will turn out, how it will affect the player involved, how it will affect the teams involved is all part of why football is good to watch. Why there are always points of interest if you look hard enough.

This deadline day, we could see some particularly manic dealing. Tottenham as ever have sacrificed the start to the season to buy and sell all their players at the last minute. Financially, with Daniel Levy as ever busting other clubs balls to extract barely believable high sums for average players when selling and barely believable low sums for good players when buying, Spurs will do well.

But on the pitch, with only one point from two games and a whole load of players to bed in quickly, they may well suffer. Mousa Dembele has already arrived at the  Spurs party, Hugo Lloris is knocking on the front door while Joao Moutinho, Will-I-An, Yann M’Vila and even Fernando Llorente may arrive but aren’t sure yet.

Liverpool may well be where a lot of the action is at. Andy Carroll is sticking out of the Liverpool squad like a sore thumb. He plainly doesn’t fit Brendan Rodgers’ style of play and Rodgers would like him gone, so that he doesn’t have a £35m player not playing and also so he can buy another player or two.

West Ham despite having more strikers than British Leyland circa 1976 are apparently interested, while Newcastle aren’t amiss to welcoming Big Andy back from whence he came. Charlie Adam leaving Anfield to try and break more people’s ankles elsewhere would also be welcome.

Aside from them, there is the ongoing madness at QPR. When they’re not paying backup goalkeepers £50k a week they’re trying to buy Esteban Granero, Simon Kjaer, Ibrahim Afellay and Stephane M’Bia to add to the 26 players they’ve brought in the last 15 months and the 35 players they used last season. They’re throwing money around like how Crazy Cat Lady hurls her cats, which while making for good comedy isn’t wise in real life.

Away from them, Man City are about to sign Scott Sinclair, Swansea are signing Pablo Hernandez from Valencia to replace him, Aston Villa need players desperately, Stoke are bulking up their midfield with either Charlie Adam or Tom Huddlestone, Dimitar Berbatov is set to add sexiness to Fulham after flirting with Juventus and Fiorentina. Then there will be the surprise deal out of left field that at least once club usually pulls off.

In Europe, a lot of the action will be focused on Italy. AC Milan after selling players this summer with the speed of an American investor selling stock on Wall Street in 1929 are in the market for replacements. The banner in the San Siro during their 1-0 home loss to Sampdoria at the weekend that said ‘Waiting for August 31’ made pretty clear what the fans want. So desperate for a striker were they that they were trying to sign Nicklas Bendtner.

Juventus are desperate for a striker also, because they’re now apparently set to sign him. Juventus getting Bendtner after being linked with Robin Van Persie in the summer and Berbatov on Wednesday must hurt. The equivalent of being linked with Scarlett Johansson or Blake Lively and ending up with Susan Boyle in your bed, taking up your half of the duvet. Inter meanwhile are supposedly selling Maicon to Man City having already shifted Lucio and Julio Cesar.

Transfer deadline day, with the stupidity, silliness and thoughtlessness involved can be frustrating. The sheer state of excitement induced by Leicester’s 3rd choice goalkeeper going to Hartlepool on loan can be mildly disturbing. But like modern football, despite all its faults, the action itself is good. It’s fun, exciting, fascinating. Let’s hope tomorrow is as manic and action packed as it’s shaping up to be.