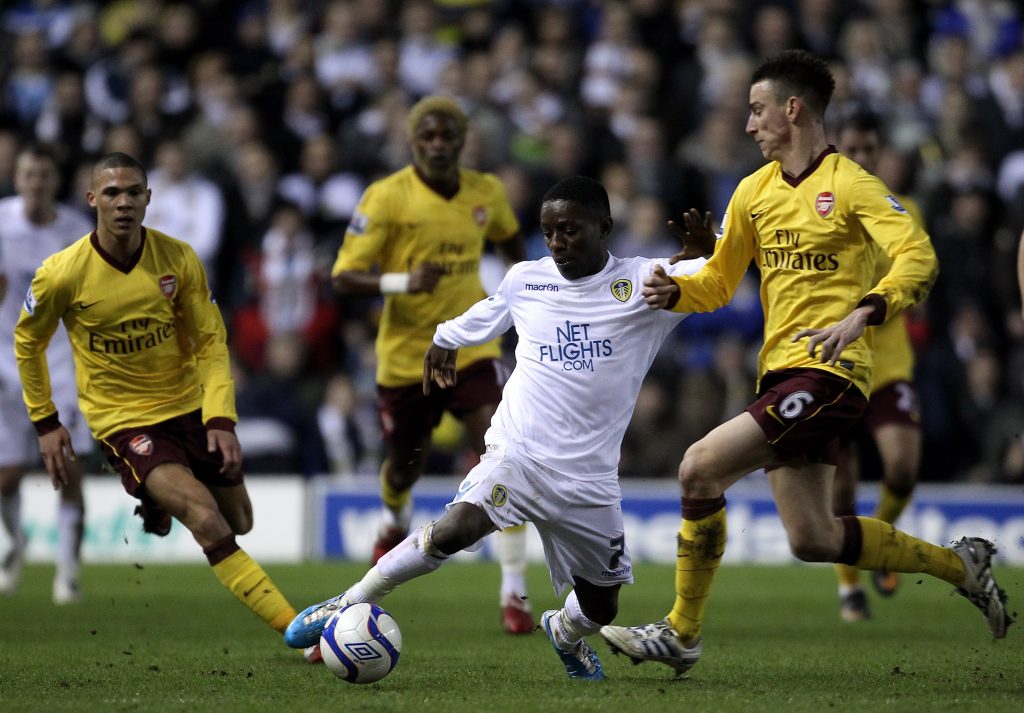 Leeds United are back in the English top-flight for the first time since 2004, and head coach Marcelo Bielsa will be looking to get his squad ready for the big task ahead.

A few quality additions to the first-team are expected this summer, and Toulouse winger Max Gradel has admitted that a move to Elland Road would delight him.

The Ivory Coast international spent three seasons with Leeds between 2009 and 2011, playing a key role in their promotion back to the Championship and scoring 18 goals in 41 league appearances in 2010-11.

Gradel left for Saint-Etienne the following season having bagged 25 goals in 84 games for the Whites, returning to England to join Bournemouth in the EPL in the summer of 2015.

The former Leeds winger joined Toulouse in 2017, helping to keep the French side in the Ligue 1 for two seasons with 19 goals.

The club couldn’t escape the drop after the 2019-20 campaign was ended abruptly, and will allow the 32-year-old leave for free despite still having 12 months left on his contract.

While a return to Leeds isn’t on the cards, the winger would love to play at Elland Road one more time.

“Leeds are family. Leeds are Leeds. If it (playing for the club) was to happen one day, I couldn’t be happier.”

“He looks crazy and they tell you he’s crazy but he’s not. To me, he knows exactly what he’s doing. I don’t know him but I know this.”

Without a doubt, Leeds could do with quality players with top-flight experience when the 2020-21 campaign kicks off next month, but it doesn’t seem Gradel’s come-and-get-me plea will be enough to bring him back.