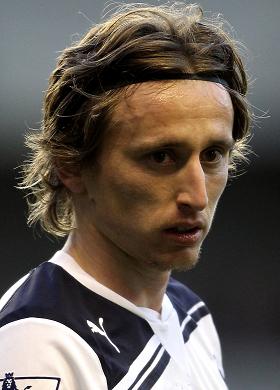 In less than a week Tottenham’s season has been turned on its head, as yet another high profile player disregards a piece of paper called a contract.

With no European or International tournaments to have distracted him, it seems clear that Luka Modric did not spend the summer studying law, if he had he would have realised that he is bound to Tottenham for the foreseeable future and without a La Liga style minimum fee clause in his contract, Spurs do not have to sell.

Daniel Levy, the Spurs Chairman, who has proven over the years he knows how to drive a hard bargain, stated: “None of our key players will be sold this summer.” Whether he sticks to this statement will be a test on how far each party is willing to go, but Levy knows that the outcome of this saga will have far reaching consequences on Tottenham.

When Spurs broke the “top four” domination of the Champions League places, they immediately set themselves the highest targets they have had since the 80’s, however; a combination of mistakes has led them to the point where they are now at a crossroad.

If Modric is sold it will set a precedent that will undoubtedly break the club and destroy the hope for the future that every Spurs fan holds dear.

The sale of Modric will send out a message to Man City, Barcelona and Real Madrid that if Gareth Bale has a good season, he can be bought regardless of how many years he has left on his contract. It also signals to the younger players that becoming a first team footballer at Tottenham no longer counts as “having made it” but is now “ having made it to the shop window.”

Every summer a transfer story must dominate the sports pages, for the last few years it has been Arsenal and their captain Cesc Fabregas’ imminent transfer to Barcelona. This transfer window, it is Modric, but this summer Levy has shown that he has learnt a few tricks on how to use the media. Tottenham manager Harry Redknapp, every time BBC, Sky or Talksport have waved a microphone at him has broadcast a clear message: “He is not for sale” and “the offer is ludicrous.” This week, however, Levy took it to the next level.

Spurs fans woke up on Wednesday to news that Michael Dawson, the club captain, was threatening to leave after sources stated that: “Michael feels undervalued. He’s been offered a derisory pay rise by Levy.” This however was just part of Levy’s plan. In starting the rumour he gained maximum exposure for his new spokesman Dawson, who would face the cameras, give all the right quotes and as captain ultimately unite the dressing room against the rebel.

With Spurs and Modric in South Africa, it has been reported that the Croatian has handed in a written transfer request, but Redknapp remains adamant that nothing has changed, he said: “Writing it down on a piece of paper doesn’t make much difference to our stance.”

Tottenham and Levy are playing a dangerous game, in a footballing world were the player has the power they are taking a big risk. If they back down they will lose credibility and immediately place a “For Sale” notice above Tottenham’s most talented players, if they win they risk destroying the heart beat of their team.

One thing that is clear though is that this saga must be resolved soon; Spurs are losing valuable transfer time. Giuseppe Rossi, who features high on every Spurs fan transfer target list, looks set to join Juventus, and with Leandro Damaio signing a new contract at Internacional, striking options are running out for Tottenham.

I LIKE: Espanyol’s Osvaldo is staying in Spain and not going coming to Spurs. Udinese to replace Alexis Sanchez with Gio Dos Santos. Blackburn to swap Christopher Samba for Jermain Defoe. Xherdan Shaqiri to Spurs.

I DON’T LIKE: Modric wanting to leave, obviously. Spurs to pay £20 Million for Las Diarra. Chelsea signing Carlos Tevez as well as Modric. No one buying Bentley, Jenas, Hutton and Keane.