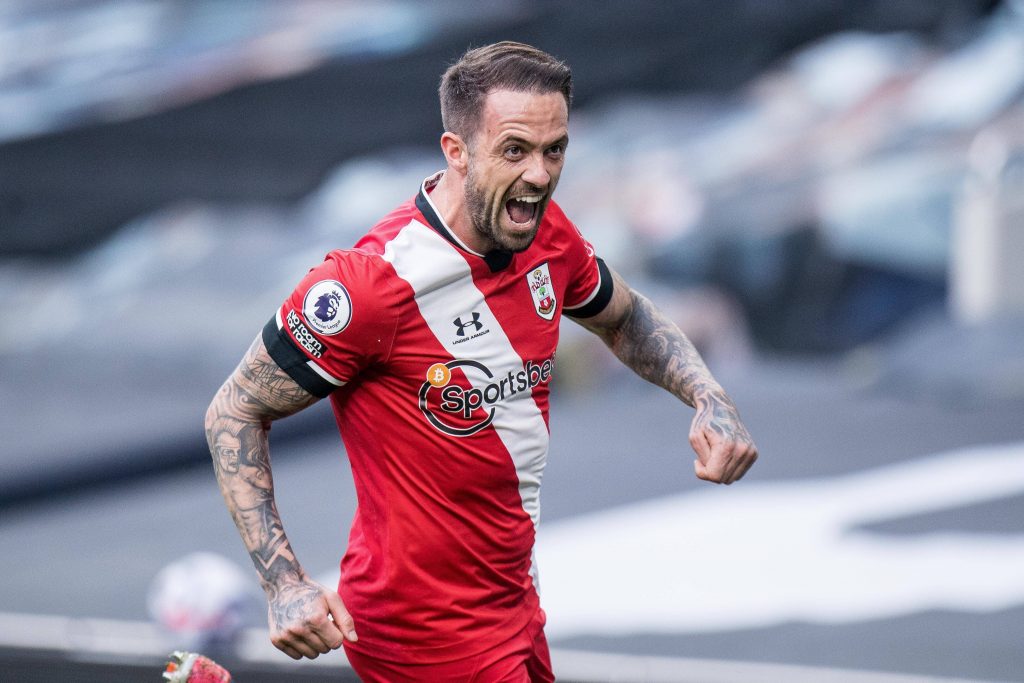 Tottenham Hotspur are interested in signing Danny Ings from Southampton, reports the Telegraph.

Ings moved to Southampton following an injury-hit stint with Liverpool in 2018, initially on loan before moving permanently a year later.

His spell on the south coast has been a success, scoring 46 goals in 100 appearances and finishing as runner-up in the Premier League Golden Boot race in the 2019/20 season.

Earlier this month, the former Burnley man was offered a new four-year contract at the Saints, which would have made him the highest-paid player in the club’s history.

However, he rejected the offer, reportedly seeking a move to a team higher up the table.

Ings has just one year remaining on his current deal, leaving him potentially available on the cheap this summer or a free transfer in a year.

Tottenham are ready to make a move for the striker and hope to pair him up front with Harry Kane, according to the Telegraph.

Kane’s future at Spurs has been the subject of a lot of speculation over the last few months.

There have been many reports claiming that he wants to leave, while the club insists that he is not for sale.

Manchester City and Manchester United have been the two clubs most closely linked with his signature.

It is unclear where his future lies, but with three years remaining on his contract, Tottenham hold most of the power in this situation.

The Lilywhites will be hoping for a huge improvement on last season’s seventh-place finish.

New manager Nuno Espirito Santo will be leading the club in the inaugural Europa Conference League as they look to end their 13-year trophy drought.

Read also: Tottenham Hotspur have made an enquiry for Atalanta centre-back Cristian Romero.