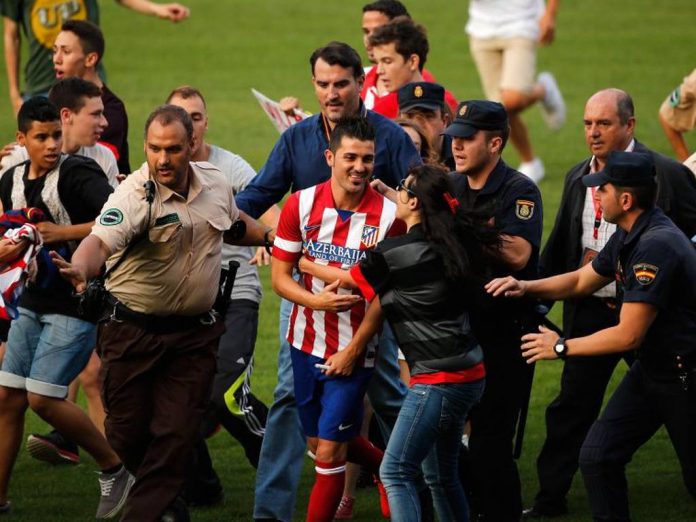 Tottenham’s on-going search for a striker looks set to continue. The last two transfer windows in particular were full of calls for another striker and plenty of potential targets and this one is turning out to be no different.

The capture of Emmanuel Adebayor seemed to allay some fears among Tottenham supporters last season; however after a disappointing season that ended with only five goals in the Premier League, it seems that Andre Villas Boas wants rid of the striker.

This would leave only Jermaine Defoe as the only fully recognised striker in the squad. It is clear that Spurs need at least two strikers to continue their recent success in challenging for the top four, however despite being linked with Leandro Damiao, Alvaro Negredo, Roberto Soldado, David Villa and more recently Christian Benteke, nothing has so far materialised. But one nearly did…

The most perplexing case is that of David Villa, who completed a bargain €5.1 million transfer to Atletico Madrid recently. Tottenham were heavily linked with the 31 year old and the day before the Atletico bid was accepted by Barcelona, he was 1-7 to sign for Tottenham with SkyBet.

This begs the question why did Spurs miss out on him? They are clearly in need of strikers, David Villa is available, he is of the quality to please the fans and he is going at a cheap price. David Villa revealed that the English clubs trying to sign him lacked the personal touch of the Spanish side.

In the press conference, David Villa told the reporters:

“It is true the idea was for me to go to the English Premier League because the biggest offer came from there, but then Atletico Madrid showed up and they did more in three days than others did in months – which in this case was something more personal.”

If it is true that Tottenham and other English clubs lacked a ‘personal touch’ to convince a striker they have been courting for months to join the club then it is even more confusing for the fans to accept.

The Brazilian front man, Leandro Damiao is another transfer target that Tottenham gave been continuously linked with and that also looks like he will be joining Napoli. Christian Benteke has recently said he would like to join Spurs; however it seems that there are several stumbling blocks in the way of this deal to continue Tottenham’s striker struggles.

Spurs are looking to raise funds for a bid for the Aston Villa man by selling Emmanuel Adebayor, however, his proposed move to Galatasaray has gone sour and he has recently said he will not be ‘forced’ out of White Hart Lane. The cost of the proposed transfer would also appear to have priced out Spurs and they would certainly be looking to get him for less than the alleged £25 million that is being reported.

Tottenham are quite simply running out of targets if they are to succeed in getting a potential world class striker on-board. Their apparent indecision regarding David Villa is sure to create doubts over whether they will succeed in bringing someone ‘special’ in.

The only positive for Spurs on the striker front was the form of Gareth Bale last season, however, if Tottenham want to shake the tag of ‘one man team’ they will need to sign someone to join Bale in grabbing the plaudits, and that can only be achieved with a high profile transfer of a striker to White Hart Lane.

But for now Tottenham fans have to simply hope that something can get done so the team can remain competitive in the chase for the Champions League spots next season.