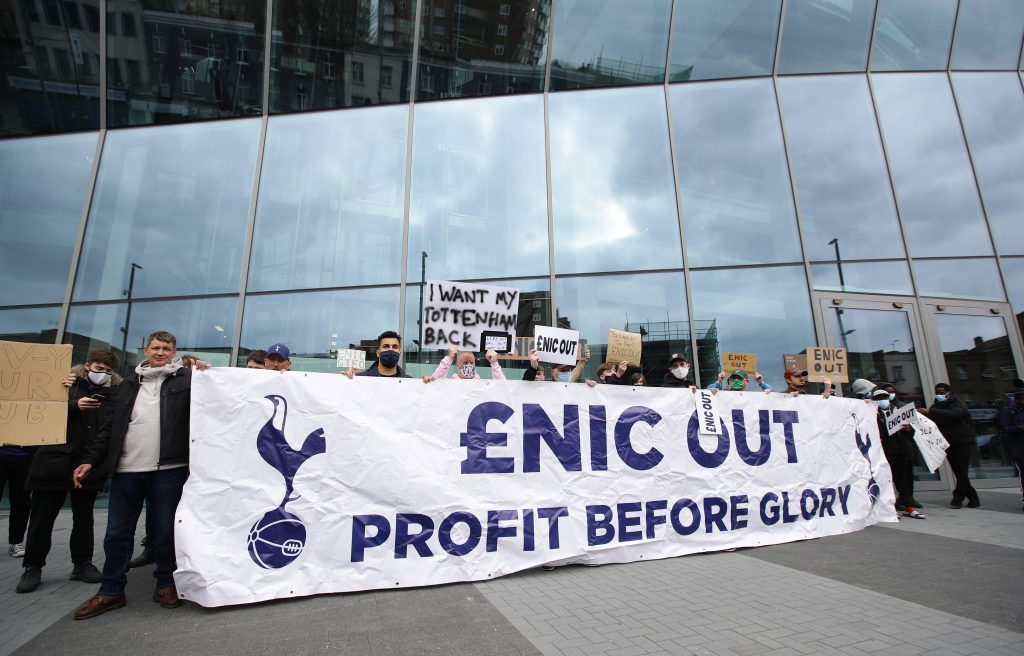 The collapse of the European Super League (ESL) earlier this week has sparked plenty of talk about how the 12 clubs involved will be punished.

The news that Tottenham Hotspur will miss out on staging European Championship games this summer is a good start, although it doesn’t go nearly far enough.

According to the Telegraph, UEFA will no longer consider the Tottenham Hotspur Stadium as a potential venue for the tournament due to their involvement in the ESL.

Spurs had been keen to host games this summer, but these are now likely to be awarded to Wembley Stadium.

There have been suggestions in some quarters that things can revert to normal now the ESL has been consigned to the bin.

However, the wishy-washy ‘apologies’ issued by some of the clubs involved highlights the contempt with which they treat football fans.

To say that things can go back to how they were is naive in the extreme – these clubs must be hit hard.

They have sat in meetings in good faith and then colluded behind people’s backs to bite the hand that feeds them.

While blame will be shifted onto club executives – Manchester United’s Ed Woodward has already been offered up as a sacrificial lamb – let no-one be in any doubt where the fault lies.

The Glazer family, John W Henry and their shifty accomplices have conspired to shaft football royally up the backside.

The punishment for this despicable behaviour must fit the crime.