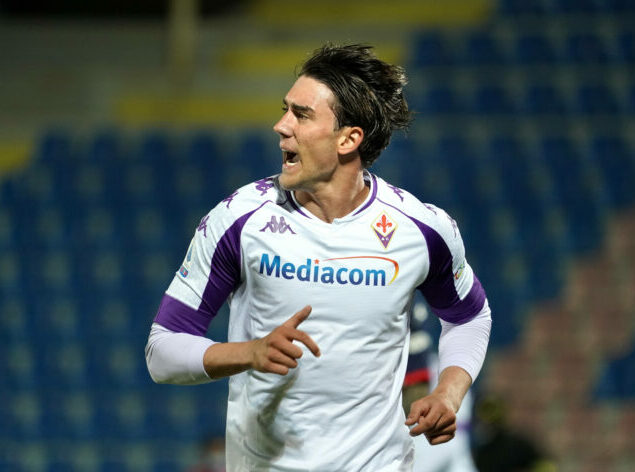 Tottenham Hotspur confirmed the appointment of Nuno Espirito Santo as their new manager for the upcoming season.

Levy was not convinced with his brand of football, but Fabio Paratici has convinced him that the 47-year-old is the right man for the job.

The club’s director of football was a key figure behind many of the famous transfer dealings at Juventus, signing players like Paul Pogba, Kingsley Coman and Adrien Rabiot on free transfers.

According to football.london, Paratici has already earmarked Tottenham’s potential first signing under Nuno.

The north London club have opened talks over a move for striker Dusan Vlahovic, who bagged 21 goals in 40 games for Fiorentina last season.

Spurs need to sign a back-up striker for Harry Kane after they refused to sign Carlos Vinicius from Benfica permanently.

However, Spurs must pay £36 million to sign Vlahovic and may need to sell several fringe players to fund the move.

They are also determined to keep hold of Kane, who is being chased by Manchester City.

The Premier League champions have already submitted a massive £100m bid for the England skipper, but Spurs have rejected the offer.