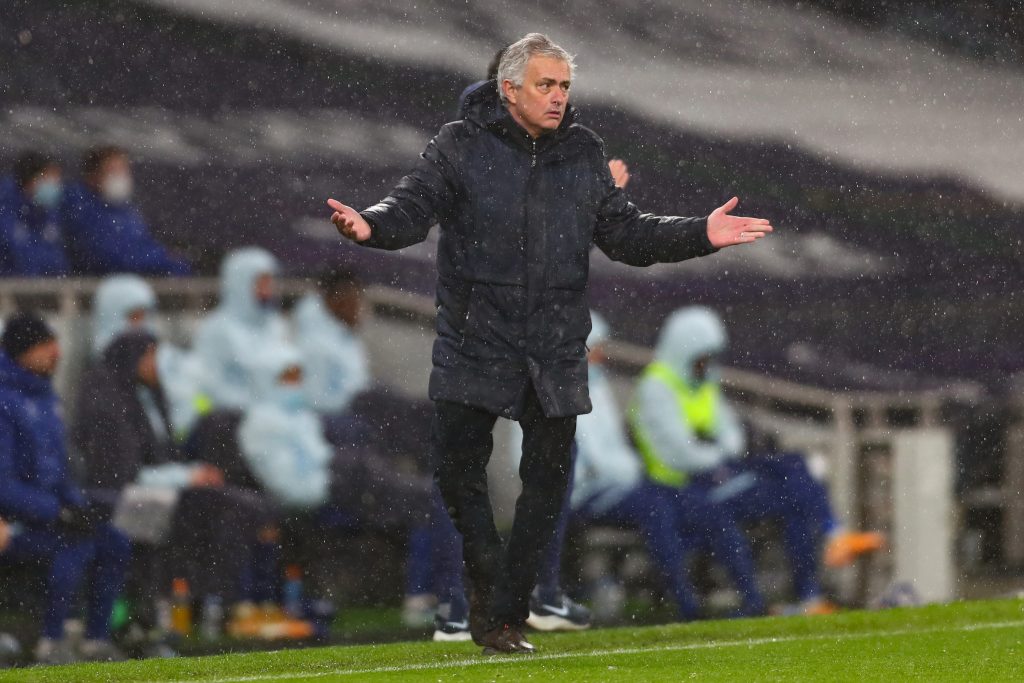 Tottenham Hotspur’s defeat against Chelsea on Thursday has sparked talk regarding Jose Mourinho’s future in charge of the club.

Mourinho’s odds to be the next Premier League manager to leave their position were slashed after Spurs produced an uninspiring performance against their London rivals.

A run of just two wins in nine matches has seen Spurs drop to eighth in the table and their hopes of qualifying for the Champions League are beginning to look remote.

Mourinho’s cause at Spurs hasn’t been helped by some of his players, with the likes of Gareth Bale and Dele Alli failing to deliver what is expected of them.

The annual injury to Harry Kane also came at just the wrong time, highlighting just how reliant Spurs are on the England captain.

A fall-out with Serge Aurier has been another unwelcome distraction, with the full-back not taking kindly to being substituted at half-time against Liverpool.

Eric Dier’s deployment as a centre-back has also come under scrutiny, with the 27-year-old often looking uncomfortable in that position.

Dier has insisted that he sees his future as a defender, although the evidence thus far suggests that he’d be better off leaving decisions of this nature to his manager.

Spurs’ transfer business has also been erratic during Mourinho’s time in charge, with only Pierre-Emile Hojbjerg and Sergio Reguilon qualifying as successes.

However, it can certainly be argued that the club has not backed Mourinho in the same way that other top clubs have backed their managers.

Despite their current troubles in the league, it is worth remembering that Spurs are still chasing silverware in three cup competitions.

On that basis, debating Mourinho’s future at this point is hugely unfair.

Brendan Rodgers and Julian Nagelsmann have been touted as the main candidates to replace Mourinho, but it is debatable whether either is a realistic option.

Rodgers is doing an excellent job at Leicester, and it is feasible that he would view Spurs as a sideways step from a career perspective.

Nagelsmann would also be a sound choice, although if he was to leave RB Leipzig it is highly likely that he would be heading to Real Madrid rather than Spurs.

Beyond that pair there are limited options available, with the likes of Eddie Howe and Steven Gerrard amongst an uninspiring list of alternatives to Mourinho.

If the Spurs board are serious about making the club successful, they need to resist the temptation to dispense with Mourinho’s services and back him properly.