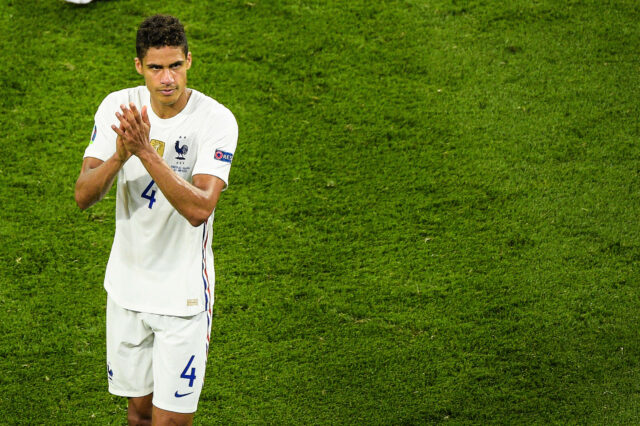 Manchester United have been heavily linked with a move for Real Madrid defender Raphael Varane this summer.

However, the Red Devils could face strong competition from Tottenham Hotspur.

According to Duncan Castles, Spurs have joined the race to sign the French defender, who wants to leave Madrid this summer.

While speaking to The Transfer Window Podcast, Castles claimed that Spurs are keen to sign the 28-year-old this summer.

Italian journalist Fabrizio Romano recently claimed that United will make a formal bid to sign Varane, with Real Madrid demanding a fee of around £60 million.

However, it would be a massive coup for Spurs if Fabio Paratici could secure a deal for Varane.

For Varane, leaving Madrid to join Spurs would be a step down as they cannot offer him Champions League football.

From Tottenham’s perspective, he would be a stellar signing for the club, and someone who can take them to the next level, provided they hold on to Harry Kane.

Spurs are looking at a massive defensive shake-up this summer, with Toby Alderweireld likely to leave the club.

The futures of Davinson Sanchez and Eric Dier are also under scrutiny.

Paratici has done a remarkable job at Juventus to bring in top players, but in this case, it will require a lot of convincing to lure Varane to north London.

If Spurs can manage to pull off a deal for the Frenchman, who won 19 titles with Madrid, it will surely be seen as one of the signings of the summer.