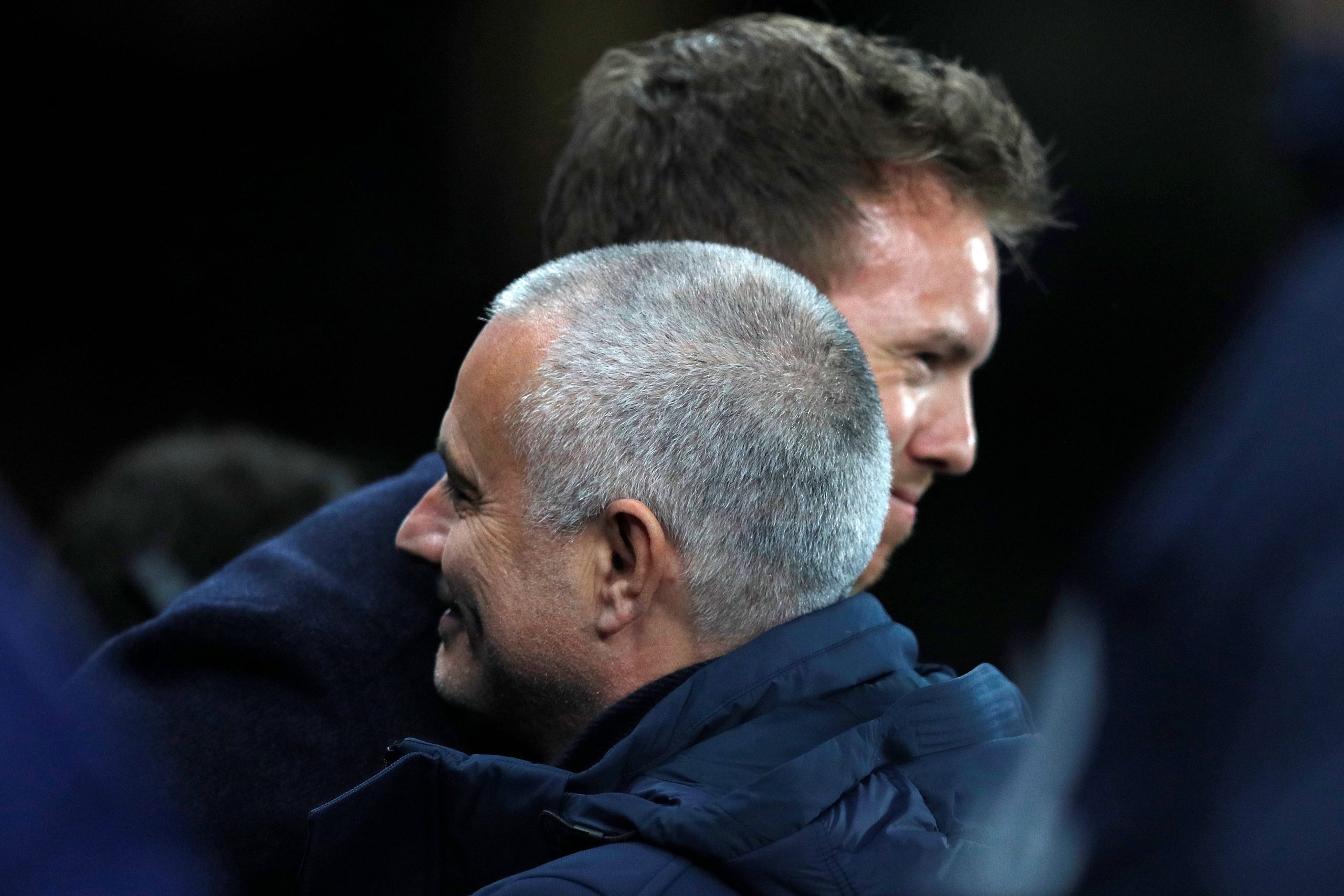 According to The Sun, Tottenham Hotspur want RB Leipzig boss Julian Nagelsmann as their next manager after parting ways with Jose Mourinho this morning, and they could appoint the German before the end of the season.

The Portuguese was sacked today after losing the majority of Spurs dressing room and following a run of woeful results that has left the side at the risk of finishing outside the top-four.

Mourinho lasted just 17 months into the four-year deal he signed after replacing Mauricio Pochettino in November 2019.

Ryan Mason and Chris Powell will be in interim charge of Tottenham and be in the dugout for the Carabao Cup final against Manchester City on Sunday.

However, the duo have not been told they will definitely remain in charge for the rest of the season as Spurs look to land Nagelsmann ahead of other suitors.

Bayern Munich are also keen on the 33-year-old as they eye a replacement for the outgoing Hansi Flick, but he has expressed a desire to manage in the Premier League, and Tottenham believe they can land him before the summer.

Nagelsmann has two years left on his contract at the Bundesliga side, and whether he will be keen to leave and move to North London before the end of 2020-21 is up for debate.

The former Hoffenheim manager has proven himself as one of the best tactical minds in the game despite his age, and Spurs chairman Daniel Levy appears to be a huge fan.

Mourinho could not prove that he was capable of adapting to modern coaching methods at Tottenham, and Nagelsmann looks like the ideal man to succeed him.

In other news, Levy reportedly wanted Italian manager before opting for Mourinho.