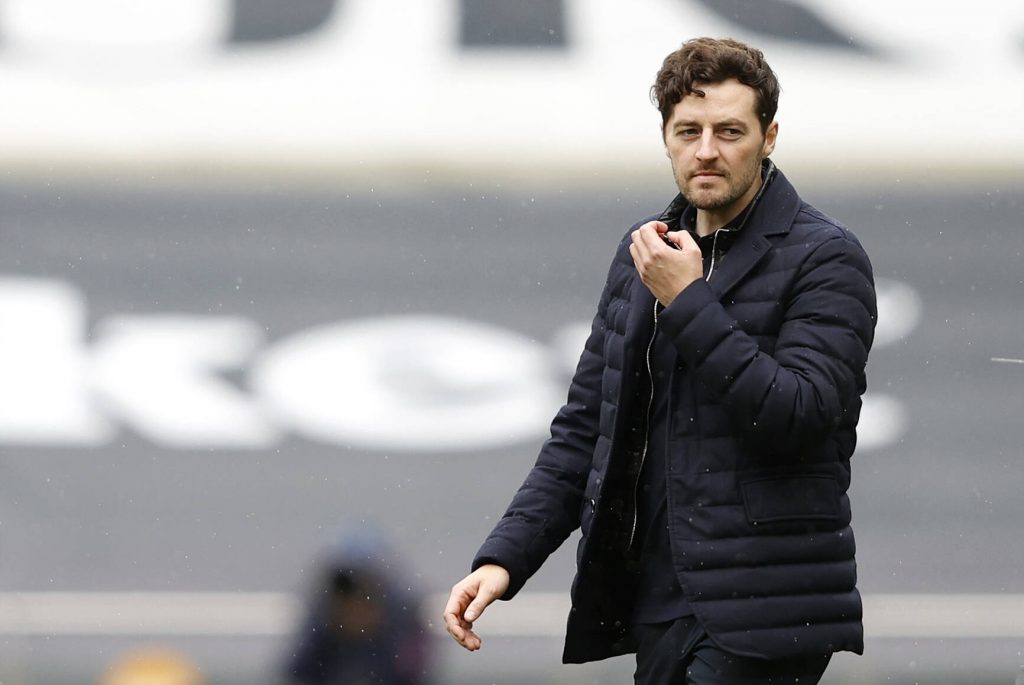 Tottenham Hotspur are set to dismiss Nuno Espirito Santo as manager, according to reports.

The 47-year-old was appointed as Spurs boss four months ago after he left his job at Wolves at the end of the 2020-21 campaign.

However, as per Football Insider, the club chairman Daniel Levy has held discussions with the Portuguese football expert and he is now set to be sacked from his position.

It is said that Ryan Mason will be given interim charge and he is expected to be in that role until Christmas.

Mason was also handed the interim role for seven matches during the summer after Jose Mourinho was dismissed from the position.

However, things went downhill from that point as they lost their next three games in the English top-flight.

Now after the recent 3-0 loss against Manchester United, Spurs have dropped to eighth in the Premier League standings.

Fans at the Tottenham Hotspur Stadium expressed their disappointment on Saturday as they chanted “ you don’t know what you’re doing” at their manager.

Nuno wasn’t the first choice candidate for the Lilywhites.

He was announced as the new boss in June after they held discussions with the likes of Antonio Conte, Paulo Fonseca and Gennaro Gattuso.