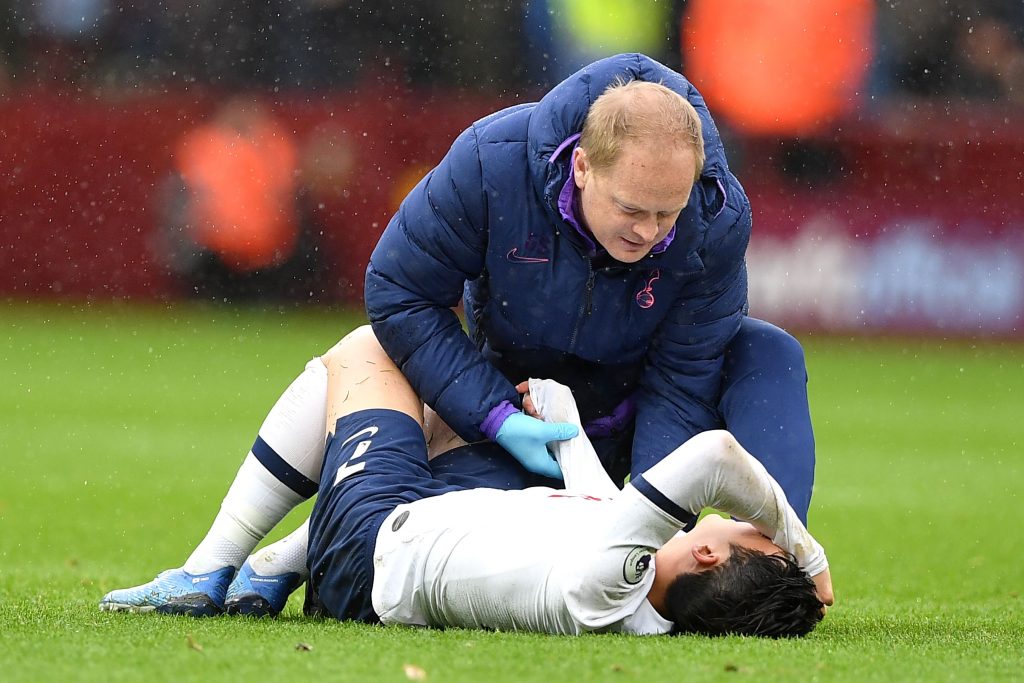 Tottenham Hotspur host RB Leipzig tonight in the first-leg of the Champions League last-16, and they will have to get a result without Son Heung-min.

The South Korean sustained a fracture to his right arm during Sunday’s Premier League clash with Aston Villa, and is now set to spend extended time on the injury sidelines.

Spurs are already without Harry Kane, but Son had stepped up in the striker’s absence, scoring six goals in the side’s last five games.

Leipzig have shipped just 25 goals in 22 Bundesliga games this term and breaking down their defence without their brilliant forward will be some herculean task for Tottenham.

Son will miss both legs and is expected to be out for at least 10 games.

It’s been six years since Jose Mourinho’s last Champions League knockout win, and being without another forward has further dealt a massive blow on his chances.

Only a point stands between them and fourth-placed Chelsea ahead of weekend’s Premier League game, and Tottenham have to win to boost their chances of finishing in the top-four.

It will be interesting to see how Jose deals with this huge setback, but a lot of Spurs fans aren’t optimistic, and here is how some of them, Graham Roberts and Toby Alderweireld have reacted to Son’s injury update on Twitter:

Big blow for Tottenham right ahead of clash with Leipzig: Son to be out for an undetermined number of weeks after going under surgery for breaking his arm

Just hearing the news re sonny , come on sonny bandage it up and get out on the pitch and score some more goals get it fixed in the summer we need you

Son Heung-Min fractured his arm after that heavy challenge from Ezri Konsa in the first few minutes.

Remarkable how he played on for the full '90 and scored two goals, despite being in so much pain. #THFC #COYS pic.twitter.com/6PDzX7v3MO

So how did Son Heung-min get injured? I clearly missed that on Sunday with all goings on. Awful news for us that😢 #THFC

IT'S TIME TO BRING BACK THE TIERS!!!

its now or never jose UNLEASH HIM season's done!!! pic.twitter.com/Ol573qj97o

Get well soon sonny 🙏🏻🙏🏻
God please save us🥺