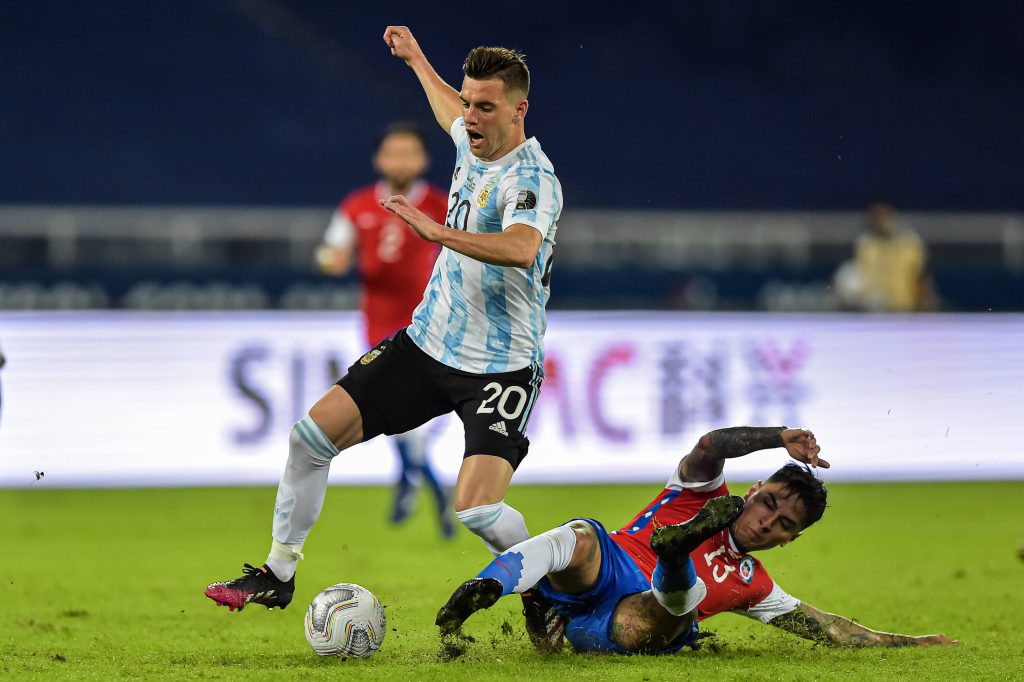 A selection of Tottenham Hotspur fans were impressed with the performance of Giovani Lo Celso during Argentina’s 1-1 draw against Chile in the Copa America.

Lo Celso was picked as part of a three-man midfield, and he produced a solid display over 67 minutes before he was taken off the field.

The 25-year-old managed only 21 touches of the ball but completed all of his 14 passes attempted against Martin Lasarte’s side.

He won the free-kick which led to Lionel Messi’s stunning strike in the 33rd minute while providing three key passes in the final third.

The Argentine was unfortunate not to register an assist. Some Spurs fans were impressed with the showing of their player last night.

If only Lo celso did this for spurs when he played

What is going on with Lo Celso 😳😳😳😳😳
Like watching Eriksen back in the day. Dropping deep spraying it round nicely, dangerous crosses and the defense splitting passes 😭😭

Lo Celso impressed with some superb defence-splitting passes, but his teammates failed to capitalise by finding the back of the net.

Despite this, it was another top display for his country. A few Spurs fans will be hoping that he can carry over the form to the club next term.

He has yet to justify the €60 million price tag, and it remains to be seen whether the incoming manager can get the best out of him.

Paulo Fonseca appears on the cusp of becoming their next head coach, and his attacking brand of football could suit the Argentine.