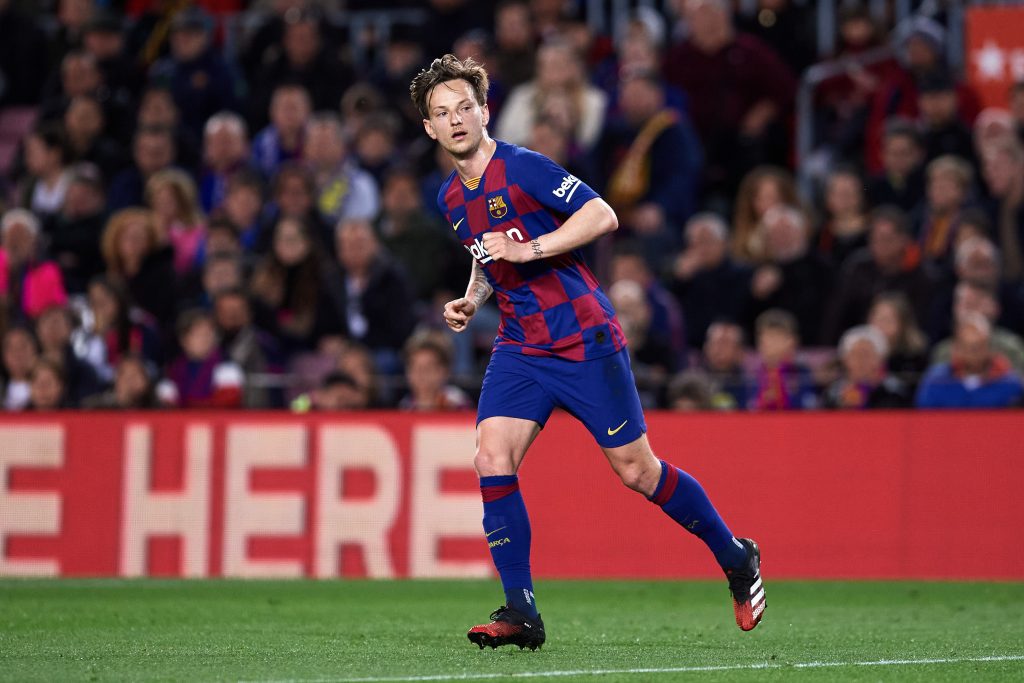 Tottenham Hotspur have entered the race to sign experienced midfielder Ivan Rakitic from Barcelona, a report from Mundo Deportivo claims.

Spurs boss Jose Mourinho has been a keen admirer of the Croatia international and earlier last year, he described the midfielder as one of the ‘most underrated players in the world‘.

As such, any interest from Mourinho in the 32-year-old won’t come as a surprise and Mundo Deportivo reports that Spurs have joined the likes of Sevilla, Juventus, Atletico Madrid and Napoli in the midfielder’s pursuit.

Rakitic’s current deal with the Blaugrana expires at the end of next season and he appears likely to head through the exit door, having managed only 10 league starts during the course of the ongoing campaign.

The north London side may have to pay a fee of around £18m, as per Transfermarkt, for Rakitic but there is the possibility of them signing him as a makeweight, should Tanguy Ndombele make the switch to the Camp Nou.

Spurs’ record signing Ndombele has failed to impress during the course of his debut season but he is still said to be attracting interest from the Spanish champions, who are eyeing a young midfield addition.

Apart from Rakitic, Arthur is another Blaugrana player, who is on the Spurs radar but he will cost a premium price with more than four years remaining on his existing contract.