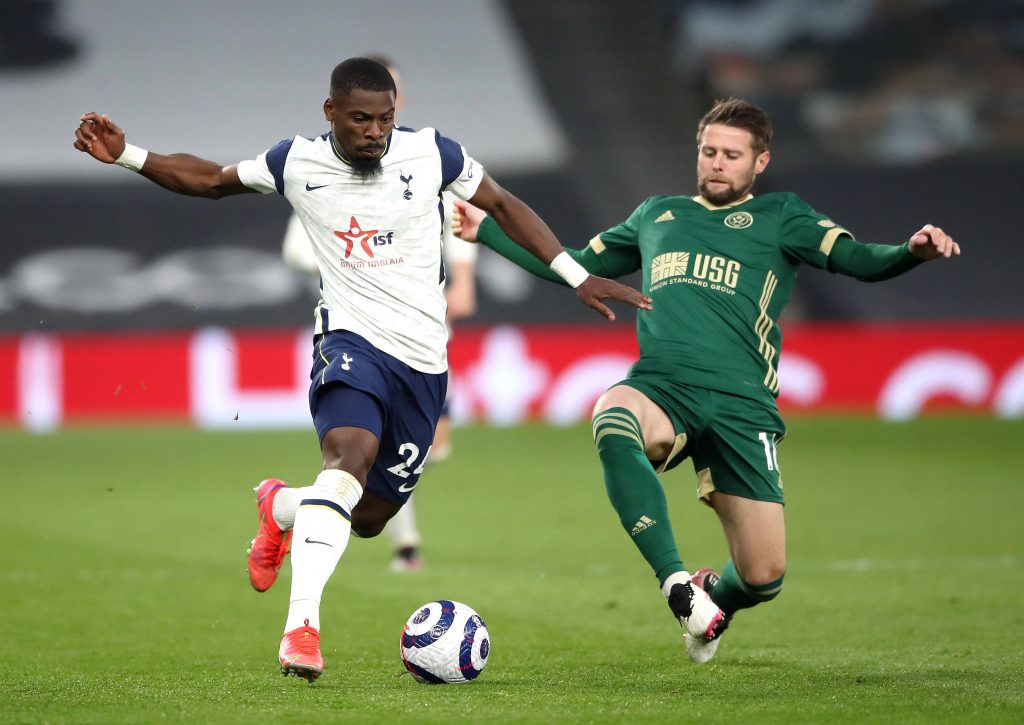 Tottenham Hotspur defender Serge Aurier has confirmed that he will be leaving the club this summer and would prefer to return to Paris Saint-Germain.

Aurier has been with Spurs for the past four seasons, but he has been restricted to just 77 appearances in the Premier League.

In the recent campaign, he featured in just 19 league matches with competition from Matt Doherty and Japhet Tanganga.

The Ivorian has 13 months left on his contract, and he has now acknowledged that he has reached the end of the road with Spurs.

He added that he would like to return to Les Parisiens, but he is keeping his options open ahead of this summer’s transfer window.

He told L’Equipe: “Everyone is aware that if I wanted to extend my deal at Tottenham, I would’ve done so already. I’m not going to do it in six months.”

“I’ve reached the end of a cycle, and it’s time to look elsewhere.

“The two parties, Tottenham’s board and my agents, have agreed upon the conditions. We’ll see after that.

“I’ve never hidden my desire to return to PSG one day. It’s the club of my heart, the one that I support, and I feel free to speak about it.

“But I don’t want people to think that I’m stuck on them, and I’m not closing the door on anyone.

“But if the club were to make an offer this summer, it’s sure that PSG would be my first choice.”

Aurier had a tough 2020/21 campaign for Spurs, and he was the subject of criticism from some fans for his tendency to make defensive mistakes.

A return to Les Parisiens could see him reunited with former Spurs boss Mauricio Pochettino, although the Argentine’s future remains uncertain.

Pochettino has been linked with a return to Spurs, but Les Parisiens sporting director Leonardo recently stated that the club are very happy with the 49-year-old.

PSG are in contact with Aurier’s representatives, but they have identified Inter Milan’s Achraf Hakimi as the top priority for the right-back role.

He is regarded as a ‘Plan B’ option. AC Milan have also been linked with Aurier, who is valued at €15 million by Tottenham.

Read: Everton likely to miss out on Max Aarons – a boost for Tottenham?