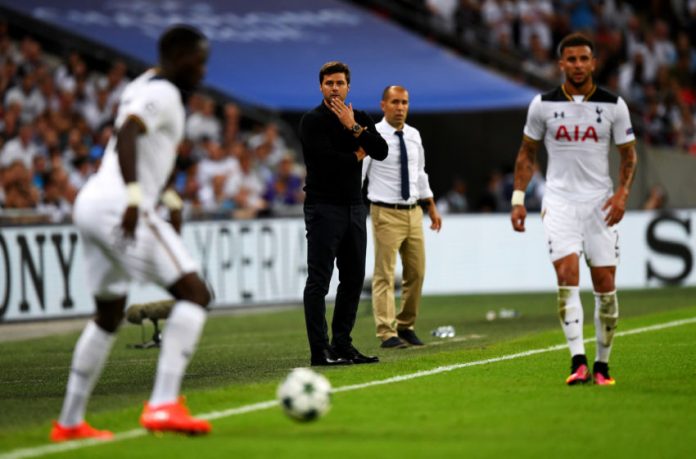 Tottenham Hotspur and the Champions League have a very special relationship – despite the fact that the North London club are entering only their second campaign in Europe’s top tournament in its current format.

The elite competition has offered up both delight and misery to the White Hart Lane supporters over the years.

Tottenham’s first outing in the Champions League in 2010-11 was the club’s introduction as a rising force in English football and thanks in large to the work put in by Harry Redknapp.

It also put Gareth Bale and Luka Modric on the big stage, with the pair’s reputation bolstered by starring in Europe.

Dramatic wins over Italian giants AC and Inter Milan are now etched in the North London club’s history, while although the result against Real Madrid was not favourable, the sense of achievement in playing a quarter-final was memorable.

At the same time, the Champions League has exacted a lot of hurt on Spurs and the club’s supporters.

A fourth-placed finish in 2011-12 should have guaranteed Tottenham a place at the top table again, only for Chelsea to win the Champions League that season and deny their London rivals qualification.

Spurs have almost become English football’s nearlymen of Champions League football, with the side in white coming close to qualifying on a number of other occasions but being tipped to the post – cruelly, more often than not, by arch-rivals Arsenal.

A return to European football elite

Last season was a roller-coaster for Tottenham, with a number of real highs being offset by a final low.

With the Manchester clubs and Chelsea not their usual ominous selves, Spurs had a glorious opportunity to become English champions for the first time since 1961.

A late domestic capitulation handed the emphasis to Leicester City, while it also allowed more heartache as Arsenal finished ahead of Spurs as runners-up.

Despite the frustrations of the last handful of games, just about every Tottenham fan on the planet would have taken a third-placed finish last term before the campaign began.

An important step in Tottenham’s development is the ongoing project to provide a new stadium, with the revenue raised from a higher capacity to help Spurs compete with English football’s wealthiest clubs.

However, this season the decision has been made that Pochettino’s charges will play their Champions League fixtures at Wembley rather than a reduced-capacity White Hart Lane.

Tottenham’s opening gambit in the tournament at Wembley drew in 84,000 fans, provided mass hysteria in the build-up but most importantly resulted in a 2-1 defeat to Monaco.

Playing at Wembley clearly has both pros and cons for Spurs.

The chance to turn the national stadium into a shrine to the North London club is a once-in-a-lifetime opportunity and allows more fans to enjoy their side playing in Europe’s top tournament.

However, the lack of familiarity that would have been afforded at White Hart Lane almost nullifies the feeling of home advantage and the English side were duly beaten by the French visitors.