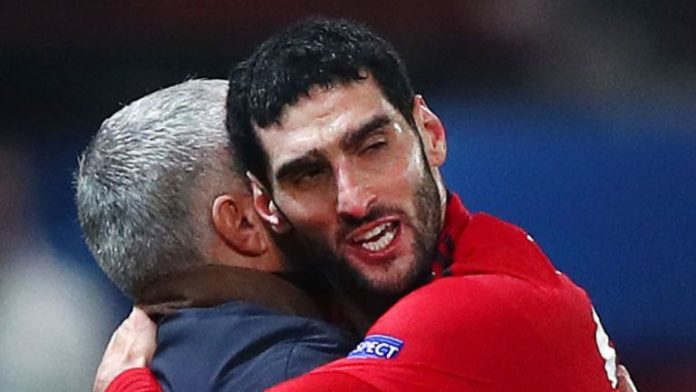 Belgian international Marouane Fellaini has been linked with a move to Tottenham Hotspur this summer.

The 33-year-old is currently owned by the Chinese club Shandong Luneng, but he is ready to leave them before his contract expires.

According to Voetbal24, Tottenham manager Jose Mourinho wants to sign the midfielder this summer.

Mourinho worked with Fellaini during their time together at Manchester United, and the Belgian was a key player for the Portuguese back then.

Fellaini could be a useful player off the bench for Tottenham, and he would be unlikely to cost a lot as his contract runs out in December.

The 87-cap international could chip in with vital goals and help out defensively. He has played in the Premier League before and would not need time to settle in.

However, he would be an underwhelming signing for Spurs, and the Londoners should aim higher if they want to win major trophies.

Some Tottenham fans have reacted to the links with Fellaini on Twitter, and here is what they had to say.

All these complaining/toxic comments were the same ones when sources came out that Mou wanted lingard, stones, and Rudiger…. now they are balling. Mou knows what he is doing…

If that's truth he need urgent sacking before he brings Alexis Sanchez instead of Son or Kane.

Wow, that's really going to take us to the next level.
Don't believe a word of it. Agent talk at most.

Not the kind of signing a Spurs fan wants to see 🙄

This is a sackable offence…..hopefully bullshit.

Stop its bad enough as it is ,who comes up with these stories 🙈

Get him out, now

Read: How Spurs fans reacted to links with a Premier League defender.