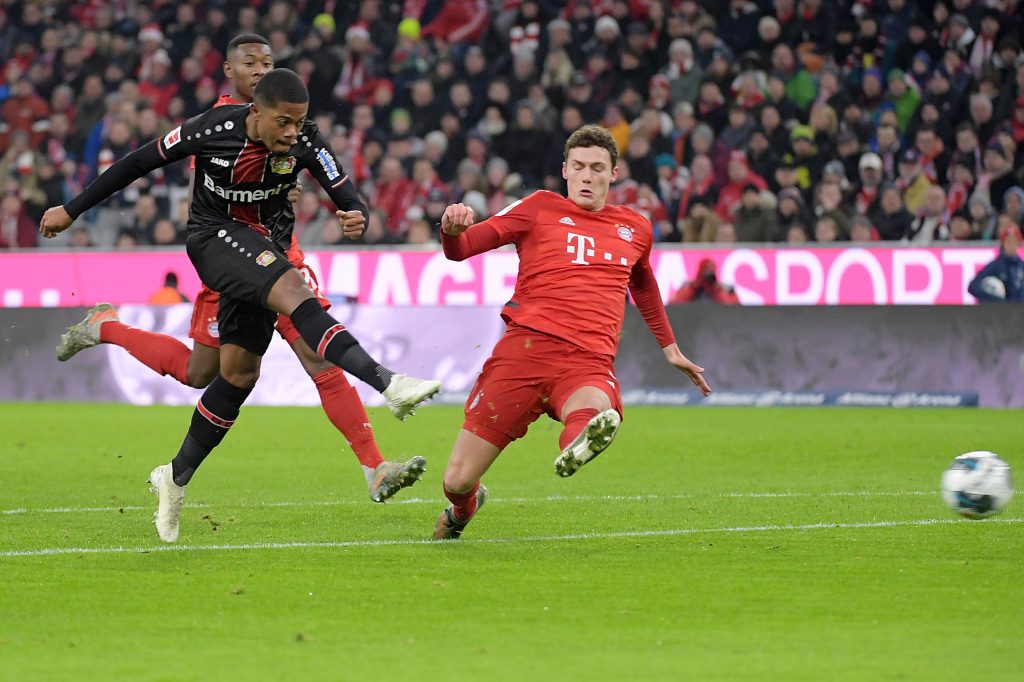 Bayer Leverkusen winger Leon Bailey is thought to be on the radar of several European clubs and the likes of Tottenham and Everton are set to scout the 23-year-old tonight in the Europa League.

As per Daily Mail, the German outfit will take on Slavia Prague in the Europa League later today and the 23-year-old is expected to start for Leverkusen.

The German side have been in impressive form this season and they are second in the Bundesliga table just one point adrift of Bayern Munich.

Leon Bailey has been one of the mean reasons why Bayer Leverkusen have done so well this season and it will be interesting to see if the German outfit can hold onto the 23-year-old beyond this season.

A move to the Premier League could prove to be the ideal next step in Leon Bailey’s career.

Working with managers like Jose Mourinho and Carlo Ancelotti could help him improve as a player and achieve his potential.

Everton could certainly use someone with his skill set and it will be interesting to see if the Toffees come forward with an offer for the winger in the coming months.

Everton need to add some pace and flair to their attack and Leon Bailey could prove to be a good fit for Carlo Ancelotti’s side.

As for Tottenham, they already have two quality wingers in Steven Bergwijn and Gareth Bale. Leon Bailey will have to work hard to hold down a starting berth at the London club.

Initially, it was believed that Bayer Leverkusen value the winger at £36 million but his recent performances could see the value rise.

Leon Bailey has three years left on his contract with Bayer Leverkusen and the German club are under no pressure to sell him just yet. The winger’s suitors are likely to be forced to pay the asking price if they want to sign the player.