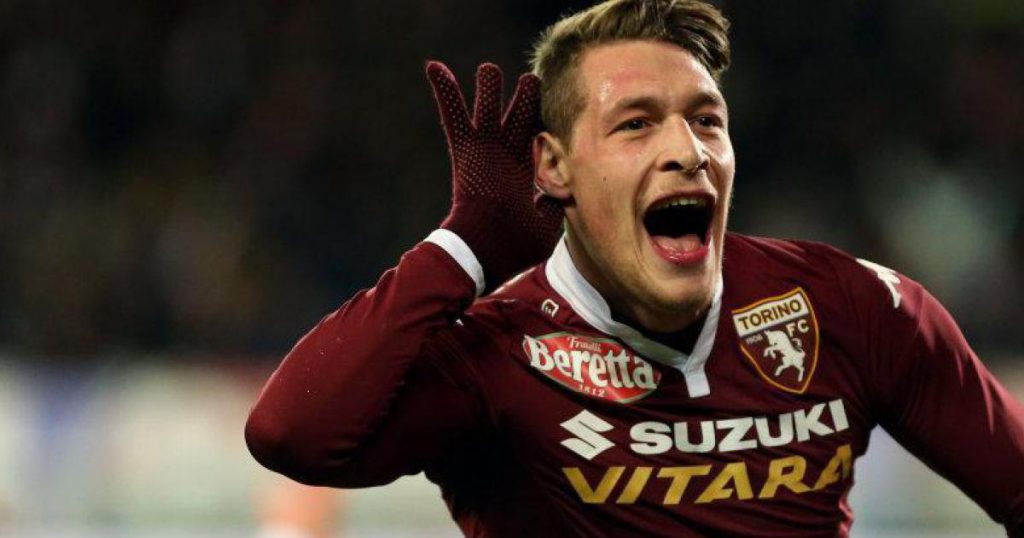 Torino chief Urbano Cairo has reiterated the club’s desire to keep hold of their star striker Andrea Belotti this summer.

After scoring 28 goals in Serie A last season, Belotti has been linked with a move away from Torino with several European clubs interested in signing him.

Paris Saint-Germain and Manchester United are reportedly targeting the 23-year-old but Torino president Urbano Cairo has revealed that they are yet to receive any bid for the highly-sought Italian this summer.

Cairo told Sky Sports Italia: “I’ve not had any contact from anyone. Not from PSG, Manchester United or AC Milan.

“He’s under contract until 2021 and that means he has to stick with us. I care about Belotti and I’m keeping hold of him”

Manchester United have cooled their interest in Belotti after entering talks with Real Madrid for Alvaro Morata, although the potential availability of Cristiano Ronaldo could hugely effect the Spanish striker’s proposed move to Old Trafford this summer.

‘The most important thing is what he wants, regardless of the release clause, and I believe he wants to stay. We are trying to build the best possible team at Torino.”

Belotti has a £88 million buy-out clause in his current contract and it appears that any potential suitor will have to meet that amount in order to prize Belotti away from Torino this summer.