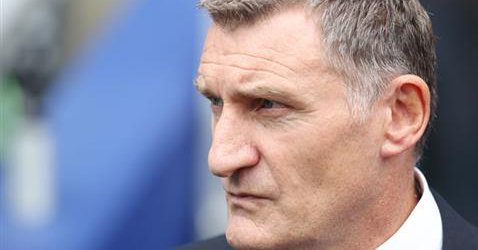 The club have confirmed the news on their official Twitter handle.

Blackburn Rovers are pleased to announce the appointment of Tony Mowbray as the club’s new Head Coach.https://t.co/xam7CeIoBu

Mowbray, who has managed West Brom and Middlesbrough in his career, has agreed an 18-month contract at Ewood Park. He was recently in charge of League One side Coventry City, before resigning in September.

The news has come as a surprise to many Rovers fans, as many expected the club to appoint either Nigel Adkins or Tim Sherwood as their next manager.

Mowbray will meet his new team on Wednesday afternoon, and his first game will be Friday’s Championship match away at Burton Albion.

The 53-year-old has taken a very difficult job, and his job will be to prevent Blackburn from going into the third tier of English football.  Blackburn are currently second bottom, three points from safety.

Fans have taken to social media platform, Twitter, to voice their opinion on Mowbray’s appoint. Here are some of the selected tweets:

@Rovers anyone got any odds on Mowbray sacked by end of season and Coyle to come back in? Wouldn’t be surprised with the owners there.

Well, I didn’t see Mowbray coming, but I’m happy to give the bloke a chance. All hands to the pump for the next 15 games #coyb @Rovers

So Rovers name Tony Mowbray as our new manager ⚽ time for fans to get behind him and the team. Big task ahead til the season end ⚽ #Rovers

So we moan at Coyle and some moan about who we replace him with. Time to back Mowbray and hope we can stay up #Rovers #coyb

So Tony Mowbray is the brave or stupid man depends which way you look at it to take the Rovers job, hope it’s the right choice!! #Rovers